Ahmedabad: Seven young Dalit men attempted suicide in Gujarat and buses were set on fire on Monday in a wave of protests against the thrashing of four Dalit men last week over allegations of cow killing in Una, around 360 km from Ahmedabad.

The seven men allegedly took poison in separate protest rallies by Dalit groups, which was raised aggressively in Parliament by former Uttar Pradesh Chief Minister and BSP chief Mayawati and also led to an adjournment in the Rajya Sabha.

Two state transport buses were burnt in Rajkot and another was torched in Jamnagar. The protests have spread across the Saurashtra region that includes seven big cities of Gujarat. For hours yesterday, a group of protesters blocked a national highway that connects Rajkot and Porbandar.

Last week, four men, said to be tannery workers by the police, were tied to an SUV, stripped and flogged with sticks by "gau-rakshaks" or self-styled cow protectors, who then put up the video online as a "warning". The video, which went viral and provoked outrage across the country, helped the police identify and arrest eight attackers. 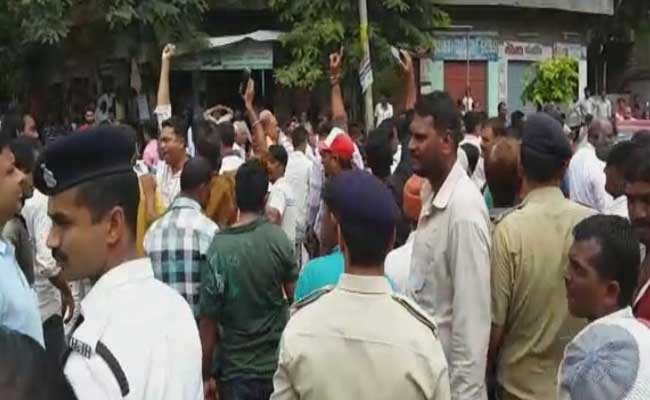 The protests have spread across the Saurashtra region that includes seven big cities of Gujarat.

The victims, who are Dalits, had told the attackers that they were only taking the skin off a carcass. Severely wounded, the young men have been in hospital for a week.

Unnerved by the simmering anger, the state government has ordered a Criminal Investigation Department investigation into the attack and also said it will bear the cost of the victims' treatment.

"A special designated court will be set up for speedy trial of the case," said a statement from Chief Minister Anandiben Patel's office.

The Chief Minister said in a series of tweets: "Our minister and parliamentary secretary have visited the spot. Compensation of Rs 1 lakh per person has been sanctioned. We will continue to extend all support to the victims. Gujarat government is fully committed to protection and development of weaker sections of society."

Attacks linked to beef-eating and alleged cow killing have been held up by activists and opposition parties as examples of the bullying by fringe groups who claim links with the ruling BJP and its affiliates.