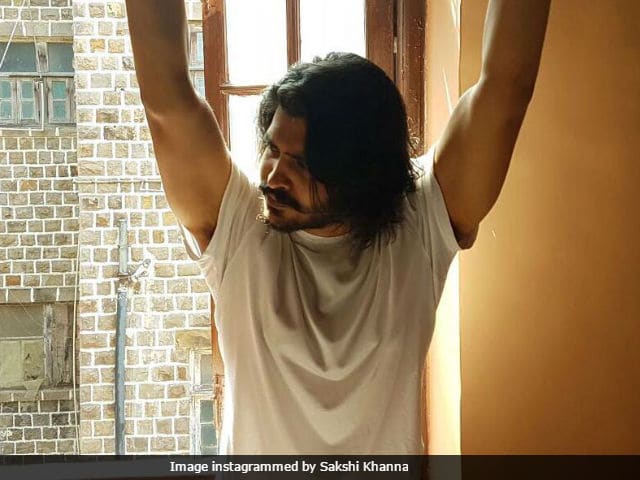 New Delhi: Late actor Vinod Khanna's youngest son Sakshi's debut has reportedly been delayed. Sakshi was assistant director to Sanjay Leela Bhansali for 2015 film Bajirao Mastani and the filmmaker was financially backing Sakshi's debut film, which will casting director's Mukesh Chabbra's first film as director, reports mid-day. Now, Sanjay Leela Bhansali is reportedly unsure of launching two newcomers in the film. "Bhansali is taking his time to decide if he wishes to bank on two newcomers. Since it's an expensive project, the filmmaker wants to take his time," a source told mid-day. Sanjay Leela Bhansali launched Ranbir Kapoor and Sonam Kapoor together in 2007's Saawariya, which was a box office debacle.

According to the mid-daysource, Sakshi Khanna is ready to start his career in films since February. The actor-to-be also gave a screen test for a Dharma Productions (owned by Karan Johar) project.

Sakshi is Vinod Khanna's son from his second wife Kavita Daftary. His sister is Shraddha and actors Akshaye and Rahul Khanna (born to Vinod Khanna and his first wife Gitanjali) are his half-brothers. Vinod Khanna died this year in April after battling bladder cancer.

Promoted
Listen to the latest songs, only on JioSaavn.com
Actor Akshaye Khanna debuted in JP Dutta's Border in 1997 and the same year, he starred in Himalay Putra and Mohabbat. Humraaz, Hulchul, Hungama and Race are among Akshaye Khanna's popular films. The actor was last seen in Dishoom and in his next, titled MOM, Akshaye co-stars with Sridevi and Nawazuddin Siddiqui.

Rahul Khanna, who is also a blogger, started his career in Deepa Mehta's Earth and later starred in films like Elaan, Dil Kabaddi and Fireflies.