Vijay Mallya, 64, is wanted in India on charges of fraud and money laundering amounting to an alleged Rs 9,000 crores in unpaid bank loans. 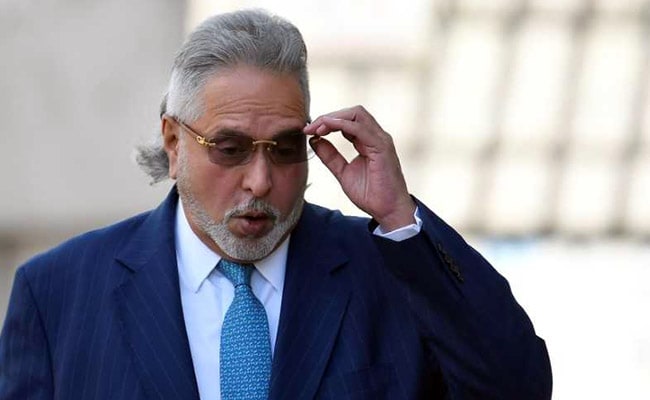 Vijay Mallya appeared before the Royal Courts of Justice in London on Wednesday for day two of his High Court appeal against being extradited to India, during which the prosecution highlighted "overwhelming evidence of dishonesty" on the part of the former Kingfisher Airlines boss.

Mr Mallya, 64, is wanted in India on charges of fraud and money laundering amounting to an alleged Rs 9,000 crores in unpaid bank loans.

The Crown Prosecution Service (CPS), appearing in court on behalf of the Indian government, began countering the defence claims that there is no prima facie case against Mr Mallya.

"There is enough in the 32,000 pages of overall evidence to fulfil the [extradition] treaty obligations that there is a case to answer," CPS barrister Mark Summers told the court as he began his submissions, which will conclude on Thursday.

Mr Mallya sat in the public gallery as his legal team highlighted the widespread woes of the airline industry in India, including another collapsed firm Jet Airways.

"Let''s hear the arguments in court," he said, as he entered the courtroom.

Lord Justice Stephen Irwin and Justice Elisabeth Laing, the two-member bench hearing the appeal, confirmed at the start that they would not be handing down their verdict immediately after the hearing, scheduled until Thursday.

At the start of day two of the appeal, Mr Mallya's barrister, Clare Montgomery, reiterated the central defence that there had been no misrepresentation or fraud on the part of her client and that Kingfisher Airlines was the victim of economic misfortune alongside other airlines.

"The airline industry is littered with examples of struggling airlines being supported for strategic reasons," said Ms Montgomery.

She has focussed her arguments on trying to establish "multiple errors" in Chief Magistrate Emma Arbuthnot's verdict in favour of her client's extradition in December 2018 and revisited a series of bank statements and balance sheets provided to Indian banks to seek loans as proof of full disclosure.

"There is not just a prima facie case but overwhelming evidence of dishonesty... and given the volume and depth of evidence the District Judge [Arbuthnot] had before her, the judgment is comprehensive and detailed with the odd error but nothing that impacts the prima facie case," said Summers, who challenged the defence arguments over misrepresentation to the banks.

Justice Irwin repeated Ms Montgomery's previous assertion of this being a "very dense case" and has sought a detailed chronology and list of documents from the defence team by Monday, before they consider their verdict.

On Tuesday, Ms Montgomery had opened her arguments to try and establish that Mr Mallya had no fraudulent intentions when he sought bank loans for his now-defunct Kingfisher Airlines because he is no "fly by night figure but an immensely wealthy man" who was not running any sort of "ponzi scheme" but a reputable airline, which fell into economic misfortune along with other Indian airlines.

"She [Arbuthnot] did not look at all of the evidence because if she had, she would not have fallen into the multiple errors that permeate her judgment," she said.

Representatives from the Enforcement Directorate (ED) and Central Bureau of Investigation (CBI) as well as the Indian High Commission in London were present in court for the hearing.

Mr Mallya had received permission to appeal against his extradition order signed off by former UK home secretary Sajid Javid last February only on one ground, which challenges the Indian government''s prima facie case against him of fraudulent intentions in acquiring bank loans.

At the end of a year-long extradition trial at Westminster Magistrates' Court in London in December 2018, Judge Arbuthnot had found "clear evidence of dispersal and misapplication of the loan funds" and accepted a prima facie case of fraud and a conspiracy to launder money against Mallya, as presented by the CPS on behalf of the Indian government.

Mr Mallya remains on bail since his arrest on an extradition warrant in April 2017 involving a bond worth 650,000 pounds and other restrictions on his travel while he contests that ruling.