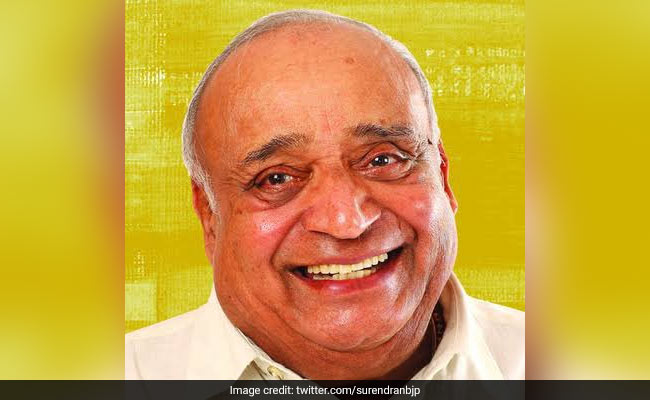 Veerendra Kumar, a former Union minister and member of PTI's Board of Directors, died on Thursday following a cardiac arrest. "He was a multifaceted personality. The veteran leader was also an accomplished journalist and a prolific writer," Mr Naidu, who is the Chairman of Rajya Sabha, said.

As chairman and managing director of the Mathrubhumi Printing and Publishing Limited, he made an invaluable contribution to media and journalism, he said.

"Human rights and environmental conservation were recurring themes in his writings. He was always deeply committed to the cause of the deprived and marginalised," Mr Naidu said in a series of tweets.
In his death, the nation has lost a great leader and true patriot, he added.

"My heartfelt condolences to the bereaved family members. May his soul rest in peace. Om Shanti," Mr Naidu said.