Priya Ranjan Dasmunsi had been critically ill over the past month, according to the Apollo hospital, and died at 12.10 pm, in the presence of his wife Deepa Dasmunsi and their son. 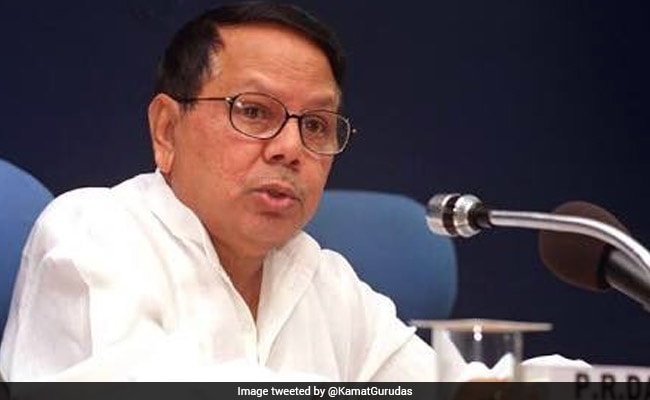 Priya Ranjan Dasmunsi was on life support for over a decade. (Twitter)

New Delhi: Senior Congress leader and former union minister Priya Ranjan Dasmunsi, in coma since 2008, died at a hospital in Delhi today. He was 72.

Mr Dasmunsi had been critically ill over the past month, according to the Apollo hospital, and died at 12.10 pm, in the presence of his wife Deepa Dasmunsi and their son.

"Priya Ranjan Dasmunsi was a popular leader with rich political and administrative experience. He did notable work to popularise football in India. Saddened by his demise," tweeted PM Modi.

Sonia Gandhi called his death an irreparable loss to the Congress and described him as a "devout political activist and one of the tallest leaders of Bengal".

The former union minister fell into a coma after suffering a massive stroke that left him paralysed and unable to speak.

One of the Congress's most popular leaders in West Bengal, Mr Dasmunsi enjoyed a good rapport with leaders across the political spectrum. He was union Parliamentary Affairs Minister when he went into coma.

The blood supply to a part of his brain was cut off, which caused irreversible damage, according to doctors.

The politician was on life support for over a decade. His family even took him to Germany for treatment.

Over the years, his wife became active in Congress politics. Deepa Dasmunsi was also a union minister in the Congress-led UPA government.

Former president Pranab Mukherjee, who worked with Mr Dasmunsi in the Congress government, said: "Deeply saddened at the passing away of Shri Priya Ranjan Dasmunsi. His loss will be felt forever. Heartfelt condolences to his family and friends."

Promoted
Listen to the latest songs, only on JioSaavn.com
In 2006, Mr Dasmunsi was the first Indian to be a match commissioner in a FIFA World Cup game between Australia and Croatia.

He was heading the Indian football governing body at the time of his stroke in 2008, which led to Praful Patel taking over as president.