Vehicle Curbs Imposed in Nepal After Fuel Shortage Due to Blockade 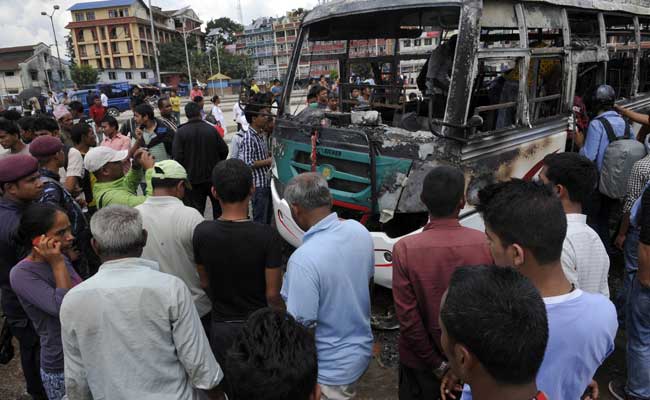 The fuel crisis in Nepal follows the unrest in the Terai region that has led to the blockade of Birgunj trade checkpoint with India.

Kathmandu, Nepal: An odd-even license plate system for plying of vehicles on alternated days has been enforced in Nepal today to reduce the impact of fuel shortage. The government has also asked international airlines to refuel planes abroad after the blockade of a key trade checkpoint with India by protesters who are opposing the country's new Constitution.

The fuel crisis follows the unrest in the Himalayan country's Terai region that has led to the blockade of Birgunj trade checkpoint with India, cutting off vital supplies, including petroleum products.

Nepalese officials have alleged that the fuel crisis has worsened as Indian customs and security officials are stalling cargo movement to Nepal, and there has been a stoppage of petroleum supply to Nepal Oil Corporation (NOC) by the Indian Oil Corporation.

"Continued obstruction at border customs points and the IOC halting supply of petroleum products have created an abnormal situation in fuel supply," a statement issued by Nepal's Home Ministry said.

Enforcing vehicle curbs, only those with odd number on odd date and with even number on even days will be plying on the roads as per the Nepalese national calendar.

Indian envoy Ranjit Rae was called in by Nepalese government last week, and the issue of obstruction in the supply of essential goods coming from the Indian side was raised with him. Mr Rae had clarified that the problem was due to unrest, protests and demonstrations on the Nepalese side.

Indian freight forwarders and transporters have earlier voiced complaints about the difficulties they are facing in movement within Nepal and their security fears due to the prevailing unrest.

The agitating Madhesi Front claims that the Constitution does not guarantee enough rights and representation to the Madhesi and Tharu communities residing in southern Nepal. Madhesis are Indian-origin inhabitants of the Terai plains bordering India.

At least 40 people have died in over a month of clashes between police and protesters from the Madhesi and Tharu communities.