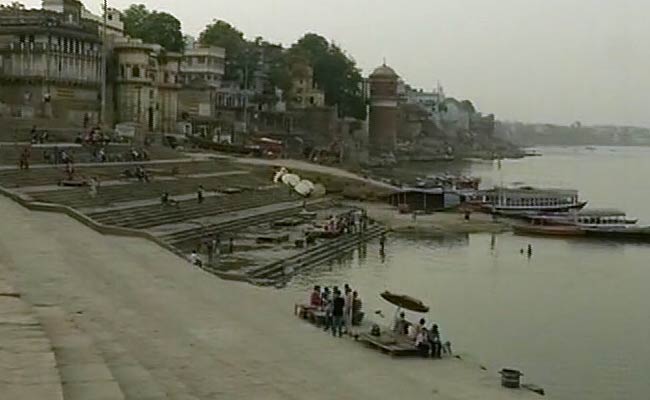 The Varanasi initiative is sponsored by Ministry of Human Resource Development.

Kolkata: A clutch of real-time sensors have been installed along the Ganges in Varanasi for monitoring water quality and the data would be soon made available to visitors as displays at the ghats, a scientist involved in the project said here.

"We have been constantly monitoring the quality of the Ganges in 12 strategic ghats at 16 locations for over a year. In addition, now our collaborator, Intel, has just finished installing few real-time sensors that gives water quality in the river every 15 minutes," Abhijit Mukherjee, an Associate Professor of geology and geophysics at IIT-Kharagpur, told IANS on Friday.

"For now we will be receiving the data but eventually the plan is to making it open source. We are planning to put some kind of display along the ghats so people can see the pollution level," Mukherjee said.

The sensors were set up on Friday and would start transmitting data in the next two or three days.

"Intel is doing it at the behest of Ministry of Water Resources under our aegis," he said.

Bolstering pollution monitoring and water resource management in Varanasi, Mukherjee and his team are also investigating the ground water level in the city.

"There are nine stations (sensors) where we are observing water level fluctuations for ground water level assessment. Through all the analysis, we will document the physics, chemistry as well as water resource data for the Ganges in Varanasi," he added.

The Varanasi initiative is a part of the Sandhi project sponsored by Ministry of Human Resource Development.