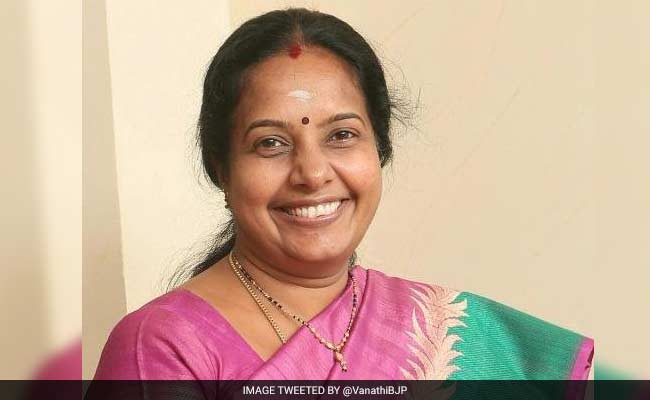 The BJP on Wednesday appointed Vanathi Srinivasan as the president of its women's wing, according to a party statement.

She had unsuccessfully contested the Tamil Nadu assembly elections.

Ms Rahatkar was recently appointed as a national secretary in Mr Nadda's new team of office-bearers.