According to the autopsy report, the man had died of myocardial infarction - heart attack, the police said in a video statement. 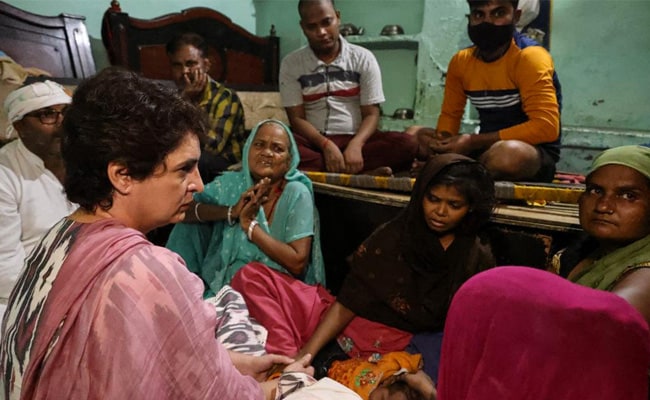 Sanitation worker Arun Valmiki had died of a heart attack while in police custody, Agra's Superintendent of Police Muniraj G said, citing the findings of a panel of doctors who conducted an autopsy on the man.

According to the autopsy report, the man had died of myocardial infarction - heart attack, the police said in a video statement.

Arun Valmiki was arrested by the police for allegedly stealing Rs 25 lakh from the "maalkhana (warehouse)" of the Jagdishpura police station in Agra on Saturday, where he died on Wednesday. He used to work as a cleaner at the police station. The police had claimed to have recovered Rs 15 lakh from his house in the city's Lohamandi locality.

Reacting to the police's claim that Arun died due to a heart attack, his family asserted that he died in police custody due to torture by the police.

He had no chance of suffering a heart attack as he was quite healthy and had no health problems, they said.

The police, however, insisted that all guidelines of the National Human Rights Commission in cases of custodial deaths were strictly adhered to in this case and the "panchnama" in the case was conducted by a magistrate.

Following the theft, six police personnel, including the station house officer, were suspended by the additional director general of police of the Agra zone.

During the probe, the police had rounded up several suspects. Arun Valmiki was one of them since he had access to the "maalkhana".

The police recovered Rs 15 lakh during the raid at his house before his health deteriorated and he died, the police officer had said earlier.

An inspector, a sub-inspector, and three constables, who were on duty at the Jagdishpura police station when the accused died, were suspended after an uproar in the city over the incident.

Salman Khurshid offered to provide the family with all legal help to fight for justice.

"We have come here to provide legal help to the family members. We have come along with a team of lawyers to assist the family so that they can get justice," Mr Khurshid said.