UP police chief Sulkhan Singh said that in many cases, 'gau rakshaks' and vigilantes have been found assaulting people 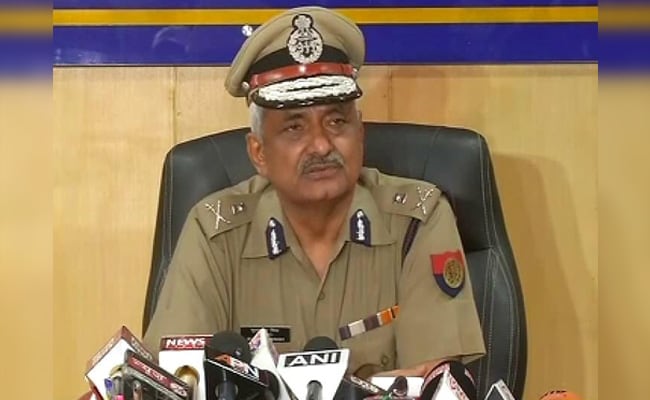 Sulkhan Singh was appointed DGP of the UP police by Yogi Adityanath's government last month.

Lucknow: Uttar Pradesh police chief Sulkhan Singh has directed officials to effectively deal with vigilantes causing law and order problems in the name of cow protection and religious conversions in the state.

Mr Singh has asked officials to identify the vigilantes through their intelligence networks and prepare dossiers on them, a police spokesperson said today.

In a directive sent to district police chiefs yesterday, Mr Singh has asked them to take "effective" action by registering cases against people found taking the law into their own hands in the name of saving cows from slaughter, stopping illegal trafficking of milch animals and cases of religious conversions.

The UP police chief said that in some incidents, 'gau rakshaks' and organisations rushed to the spot on getting information on cow slaughter and disrupted traffic causing jams, assaulted people and indulged in arson.

He added that there have also been incidents where vigilantes assaulted people and damaged vehicles that were allegedly ferrying milch animals illegally.

He said that in the name of morality, couples sitting in public places have been assaulted, which leads to law and order problems.

Promoted
Listen to the latest songs, only on JioSaavn.com
Officials have also been asked to make in-charges of police stations aware on trafficking of milch animals, the spokesperson said.

Shortly after taking charge, Mr Singh had said, "Vigilantes taking up issues related to cow or love affairs should not be allowed to take law in their hands. Strict action should be initiated if any such case comes to fore."
Comments
Uttar PradeshCow Vigilantesgau rakshaksUP Law and OrderSulkhan Singh