Hours after Mayawati's BSP denied a ticket to Mukhtar Ansari, Asaduddin Owaisi's AIMIM offered to field him in the 2022 Uttar Pradesh Assembly polls. 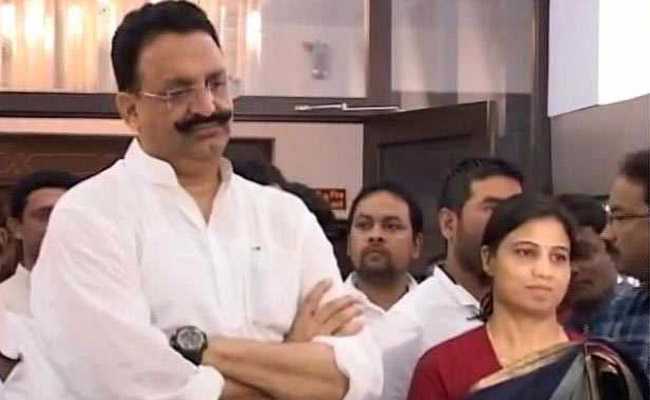 The All India Majlis-e-Ittehadul Muslimeen (AIMIM) today offered to field jailed gangster-turned-politician Mukhtar Ansari in the 2022 Uttar Pradesh Assembly polls, hours after the Bahujan Samaj Party (BSP) denied a ticket to him.

Earlier in the day, BSP President Mayawati said her party will make efforts to not field "bahubali" (strongmen) or mafia candidates in the upcoming polls and announced that Ansari, who is lodged in a jail in Banda, will not be given a ticket from Mau again.

"If Ansari wants to contest the election, the doors of AIMIM are open for him. We will give him a ticket and ensure his victory also," he told PTI.

Mr Waqar asked other Muslims also not to "purchase tickets" from any other political party as they will ensure their defeat even after taking money from them.

"Votes of their communities (other parties) do not transfer to Muslims. I ask Muslims who want to contest elections to come and join AIMIM. The party will give them tickets," he said.

On September 7, jailed gangster and former Member of Parliament Atiq Ahmad and his wife had joined AIMIM in the presence of its chief Mr Asaduddin Owaisi.

While Ahmad's wife Shaista Praveen joined the AIMIM at a press conference, he joined the new party in absentia.

Defending his decision to induct Ahmad, who has several criminal cases lodged against him, AIMIM's chief Mr Asaduddin Owaisi had said that some BJP leaders were also facing criminal cases.