US Unhappy Over Putin's India Trip, But No Change in Obama's India Plans 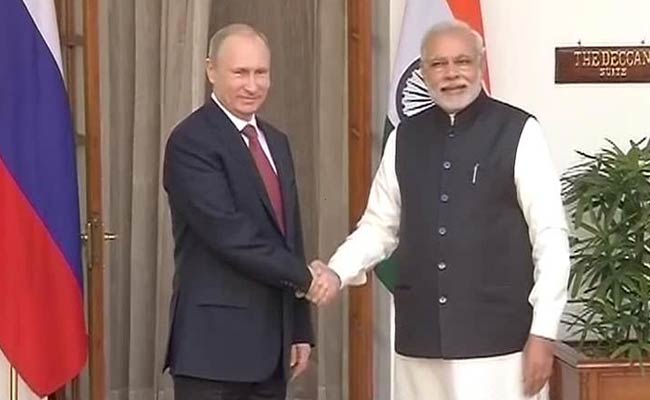 Washington: The US is unhappy over India doing "business as usual" with Russia, but it will have no effect on US President Barack Obama's upcoming visit to India which remains an "important partner."

Obama has been invited by Prime Minister Narendra Modi to be the chief guest at India's Republic Day parade on January 26. He will be the first US President to get that honour and the first one to visit India twice while in office.

"Obviously, our economic relationship is a big part of what we continue to work on," Psaki said while repeating its caution to "allies and partners" that it was not time for doing business with Russians following its intervention in Ukraine.

The US, she said, had seen reports about India and Russia signing agreements in oil exploration, infrastructure, defence and nuclear energy including construction of 12 Russian-built nuclear units in India over the next two decades.

"We continue to monitor it, but we haven't looked at all the specifics of the contracts, for obvious reasons," Psaki said. But "We continue to urge all countries not to conduct business as usual with Russia."

Noting that "there are already sanctions in place" imposed on Russia by the US and its Western allies, Psaki said it was not calling for sanctions on other countries.

"In general, though, given the situation, it shouldn't be business as usual," she said.

Asked if the US had spoken to Indians before Putin's trip that it's not the right time to do business with Russia, Psaki said: "Well, we've been engaged in that discussion."

"I'd remind you India doesn't support the actions of Russia and the actions - their intervention into Ukraine," she said. "They've been pretty outspoken about that as well."

On the presence of Sergey Aksyonov, Prime Minister of Crimea, the former Ukrainian territory annexed by Russia, in Putin's delegation to India, which too has upset Washington, Psaki said: "I don't have anything new to offer on that."

Promoted
Listen to the latest songs, only on JioSaavn.com
Asked if the US had confirmed if he was there or not, she said: "There have been a range of reports." But "I don't have any US government confirmation. We're obviously not in on the trip with them."

Asked again if there's any change in Obama's trip to India, the spokesperson said emphatically: "No. No, no."