Nirmala Sithraman also said negotiations on the S-400 missile deal with Russia are almost complete, hinting that India is on course to finalise it soon. 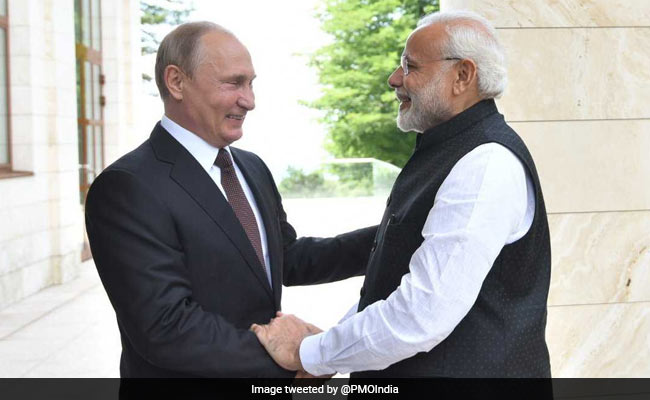 Ahead of Russian President Vladimir Putin's India visit next month, Defence Minister Nirmala Sitharaman has clearly indicated that India will not allow its time-tested defence and security ties with Russia to be impacted by the US sanctions on military transactions with Moscow.

She also said negotiations on the S-400 missile deal with Russia are almost complete, hinting that India is on course to finalise it soon.

"India has maintained its sovereignty as regards to its relationship with countries. We shall maintain it in all earnestness," she told PTI.

Ms Sitharaman was replying to a question on whether the US sanctions on military transactions with Russia will hit New Delhi's strategic and defence ties with one of its closest partners.

Mr Putin is scheduled to visit India early next month to hold the annual India-Russia summit with Prime Minister Narendra Modi during which both sides are likely to deliberate on ways to further strengthen strategic ties.

Russia has been one of India's key suppliers of arms and ammunition. After years of negotiations, both countries are on the verge of inking a Rs 40,000 crore deal to procure S-400 Triumf air defence missile systems for the Indian Air Force.

There was some uncertainty over the deal in the wake of the US military sanctions against Russia under the stringent CAATSA (Countering America's Adversaries Through Sanctions Act) law for its annexation of Crimea.

However, India has already conveyed to the US that it will go ahead with the procurement of the air defence systems despite Washington's sanctions, official sources said. The issue figured during the first edition of two-plus-two talks between India and the US on September 6.

There have been mounting concerns in India over the US sanctions against Russian defence majors, including Rosoboronexport, as billions of dollars of military purchases may be impacted because of the punitive measure.

CAATSA mandates the Donald Trump administration to punish entities engaging in significant transaction with the defence or intelligence establishment of Russia.

In 2016, India and Russia signed an agreement on the 'Triumf' interceptor-based missile system which can destroy incoming hostile aircraft, missiles and even drones at ranges of up to 400 km. S-400 is known as Russia's most advanced long-range surface-to-air missile defence system.

China was the first foreign buyer to seal a government-to-government deal with Russia in 2014 to procure the lethal missile system and Moscow has already started delivery of unknown number of the S-400 missile systems to Beijing.