US Energy Secretary said India was "perfectly positioned as a potential manufacturer" of perovskite cells, on which the U.S. was conducting research at its national laboratory in Colorado. 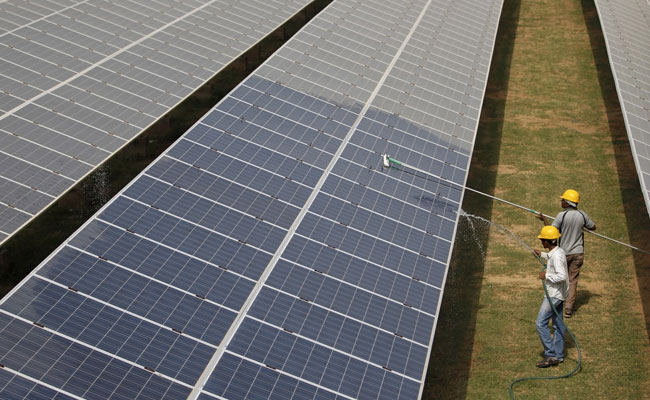 Brouillette, who was addressing a virtual press conference at the conclusion of the India energy forum at the IHS CERA Week, said India was "perfectly positioned as a potential manufacturer" of perovskite cells, on which the US was conducting research at its national laboratory in Colorado.

"We have seen recently with this pandemic, supply chain issues have arisen with countries like China and in certain cases we have become overly dependent upon one country," Brouillette said.

India has an ambitious plan to increase its renewable energy capacity to 175 gigawatts (GW) by 2022, nearly three-fifths of which will be solar power.

"It is a technology we want to share with India, we think it is better done there than other parts around the world," Brouillette said.

Perovskite solar cells (PSCs) are considered by scientists as a potential cheap alternative to silicon cells.

"PSCs offer a much lower production cost compared to silicon solar cells and its efficiency has improved dramatically," said Sandheep Ravishankar, a scientist researching PSCs at the Institute of Energy and Climate Research, Forschungszentrum Julich, Germany.

"However, PSCs are still not stable enough to be considered as a commercial competitor of silicon," Sandheep said.

Scientists are also exploring using perovskite in tandem with silicon to increase efficiency, and research on the technology is being carried out in countries including the United States, Saudi Arabia and Germany.