The move comes months after the US Senate passed a legislative provision that brings India at par with America's NATO allies and countries like Israel and South Korea for increasing defence cooperation. 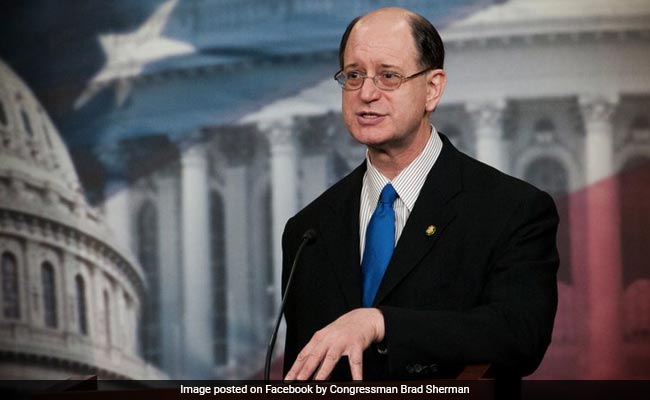 A top US lawmaker has pushed for strong defence ties with New Delhi by supporting an amendment to the National Defense Authorization Act (NDAA) to include India in the NATO plus five countries.

The move comes months after the US Senate passed a legislative provision that brings India at par with America's NATO allies and countries like Israel and South Korea for increasing defence cooperation.

"Our defence ties with India is growing. We conduct more joint exercises with India than any other country. We are of course selling more defense items to India," said Congressman Brad Sherman, the outgoing Chairman of the House Foreign Affairs Sub committee on Asia Pacific, the Pacific, and Non-Proliferation.

In his address to an event on Thursday at the US Capitol to celebrate Hanukah, Congressman Sherman told the select audience of influential Indian-Americans and members of the Jews community that early this year he joined his Congressional colleague Joe Wilson in introducing a bill to expedite arm sales to India by putting India in the same category as America''s closest allies: NATO, Australia, New Zealand, Japan, South Korea, and Israel.

Such a move, being pushed by a group of Indian-Americans led by US India Security Council, would bring India at par with NATO countries in terms of defence trade and technological transfers.

A legislative change in this regard in NDAA would have a permanent and lasting impact on India-US defence ties.

"And soon India should be in that category," Brad Sherman, who is a well-known friend of India for decades, said.

However, a large section of the Indian-American community has been quite upset with him after he presided over a October 22 Congressional hearing on Kashmir which ended up becoming a platform to criticize India.

Sherman was supported by influential members of the Jewish-American and Indian-American community, who asserted that it is high time for the necessary legislative changes in the NDAA to bring India at par with NATO allies.

"We have worked successfully with the US India Security Council (USISC) for the passage of the US-India civil nuclear agreement and now with USISC for the inclusion of an amendment to the NDAA, expanding NATO plus five to NATO plus six to include India," said Peter R. Rosenblatt, Member of the Board of Governors of American-Jewish Committee (AJC).

Eminent Indian-American Bharat Barai applauded the support of AJC to include the amendment in the National Defense Authorization Act of NATO plus five to NATO plus six.

"Now we are trying to get India to be NATO plus six. Now, it's NATO plus five. What we're trying to do is very simple. We are trying to keep 375 million Americans safe and 1.3 billion Indians safe. And once this is passed, it will be on a permanent basis," Ramesh Kapur said.