US Government Proposes Four Times Increase In Aid To Nepal 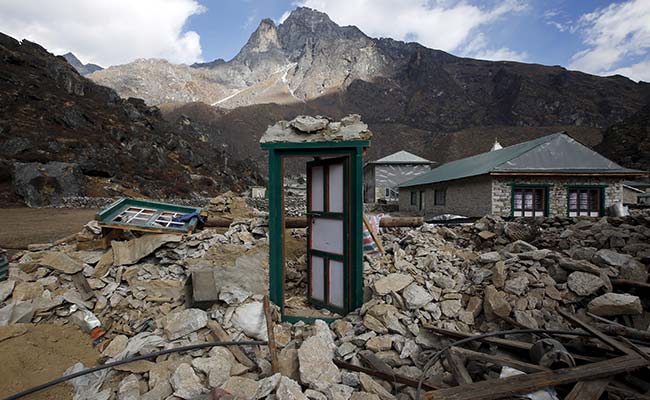 The deadly temblors that took place in Nepal last year in April and May killed nearly 9,000 people and completely destroyed around 6,00,000 private houses.

Washington: The US government has proposed a four-fold jump in relief to Nepal at Rs 434 crore (USD 64 million) as part of its aid to rebuild the country after the 2015 devastating earthquake killed nearly 9,000 people and destroyed thousands of buildings.

"US assistance will be used to foster economic growth, and support reconstruction of houses, schools, and livelihoods in Nepal following the devastating April 2015 earthquake," the State Department said in its budgetary proposals.

Resources will also be used to increase agricultural productivity and promote changes in nutrition habits in order to lower the poverty rate and increase food security, it said.

Additionally, US assistance will be used to improve resource management, adaptation to climate change and protect biodiversity.

ESF will also be used to strengthen national disaster institutions in order to increase Nepal's preparedness and response to future natural disasters, it added.

In addition, the State Department has proposed over Rs 270 crore (USD 39.7 million) for Nepal for the USIAD's global health programs.

The deadly temblors that took place last year in April and May killed nearly 9,000 people and completely destroyed around 6,00,000 private houses, affected livelihoods of about 56 lakh workers and caused damage and losses worth around Rs 47,500 crore (USD 7 billion).