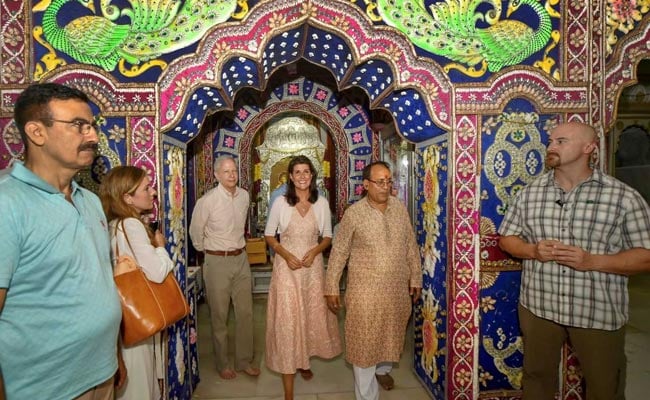 Nikki Haley, the US envoy to the UN is currently on a two-day visit to India.

The US envoy to the United Nations Nikki Haley visited a temple, mosque, gurdwara and church in Delhi today, a day after she said freedom of religion was as important as freedom of people.

On her first visit to India after becoming the US envoy to UN, Ms Haley visited the Gauri Shankar Mandir, Jama Masjid, Gurudwara Sis Ganj Sahib and Central Baptist Church this morning.

Ms Haley, who is the daughter of Sikh immigrants from Punjab, also prepared rotis for langar at the Gurudwara.

After visiting the Jama Masjid, she interacted with a child who was sitting outside the mosque. 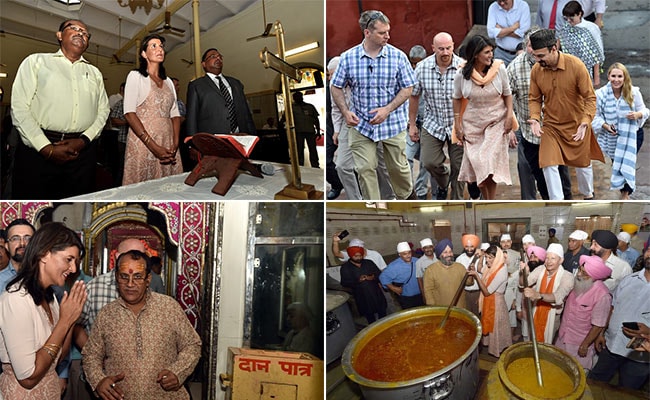 Nikki Haley is the first Indian-American to serve in a Cabinet-level position in the US. (PTI)

She had also met External Affairs Minister Sushma Swaraj and discussed ways to deepen the Indo-US strategic partnership and the ongoing cooperation between the two countries at the UN.

Accompanied by the US ambassador to India Kenneth Juster, Ms Haley began her India tour with a visit to the majestic tomb of Mughal emperor Humayun.

Speaking to reporters there, she had said, "We think freedom of religion is just as important as freedom of rights and freedom of peoples."

She had visited India in late 2014 when she was the South Carolina Governor.

Nikki Haley is the first Indian-American to serve in a Cabinet-level position in any US presidential administration.