US Envoy Congratulates S Jaishankar On Appointment As Foreign Minister

The US Ambassador to India, Kenneth Juster, says Subrahmanyam Jaishankar has been a key architect of the US-India strategic partnership. 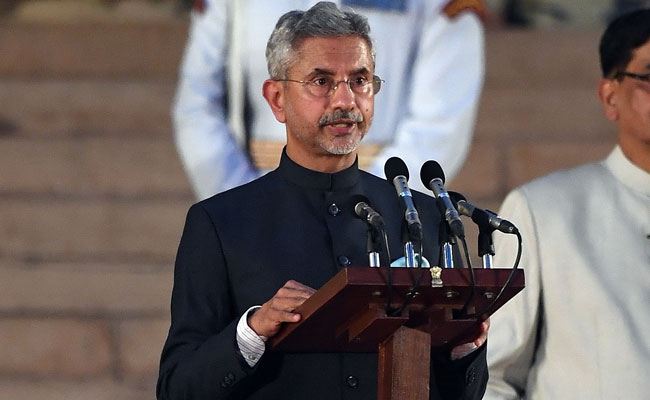 S Jaishankar has previously served as the Ambassador of India to the United States. (File)

The US Ambassador to India, Kenneth Juster, has congratulated Subrahmanyam Jaishankar on taking over as India's External Affairs Minister.

"Congratulations to @DrSJaishankar on your appointment as Minister of External Affairs @MEAIndia. You have been a key architect of the US-India strategic partnership, and we look forward to continuing to strengthen our relationship! #USIndiaDosti," Mr Juster tweeted.

A former career diplomat, S Jaishankar has previously served as the Ambassador of India to the United States.

The 1977-batch IFS officer and Padma Shri awardee served as the Foreign Secretary for three years -- from 2015 until his retirement in 2018 -- under Narendra Modi's previous term as Prime Minister.

The new Foreign Minister has also served as India's Ambassador to China and the Czech Republic, and has been the High Commissioner to Singapore as well. He was also the First Secretary and Political Advisor to the Indian Peace Keeping Force (IPKF) in Sri Lanka.

Mr Jaishankar is also known as the Indian government's key strategist for China and the US. In 2008, he was a member of the team which negotiated the landmark Indo-US nuclear deal under the UPA government headed by then-Prime Minister Manmohan Singh.