Mark Esper said the Trump administration would continue to bolster the overall defence relationship with India through senior-level engagement such as the 2+2 ministerial dialogue. 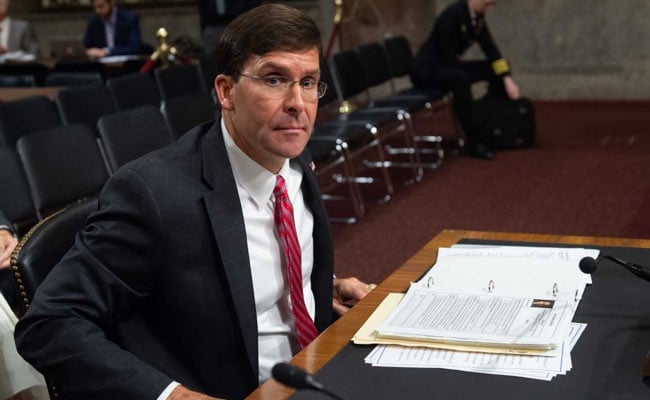 US Defence Secretary nominee Mark T Esper has told lawmakers that he wants to solidify the enduring strategic partnership with India supported by strong defence cooperation with the Indian military.

Mr Esper said the Trump administration would continue to bolster the overall defence relationship through senior-level engagement such as the 2+2 ministerial dialogue.

"If confirmed, my overall guiding objective for our relationship with India would be to solidify an enduring strategic partnership underpinned by strong defence cooperation with an Indian military able to collaborate effectively with the United States to address shared interests," Mr Esper told members of the Senate Armed Services Committee on Tuesday.

Within the context of Major Defence Partnership, Mr Esper said he would continue to prioritise increasing information-sharing capabilities with the Indian armed forces, and expanding the scope and complexity of military-to-military exercises, including incorporating joint aspects into service-level exercises.

According to Mr Esper, the US force's posture in the Indo-Pacific region should evolve to ensure that combat credible forces are capable of degrading, delaying, or denying competitors' military objectives until reinforcements arrive.

"This approach is intended to present potential challengers with a dilemma, by ensuring that they cannot quickly, cheaply, or easily achieve their goals through military force," Mr Esper said.

"Competitors are therefore incentivised to advance their interests through other, more peaceful means, subject to internationally recognised rules or widely accepted State practice," he added.