According to a study by Truecaller, nearly $30 billion were stolen from American citizens alone by scam centres like these in 2021. 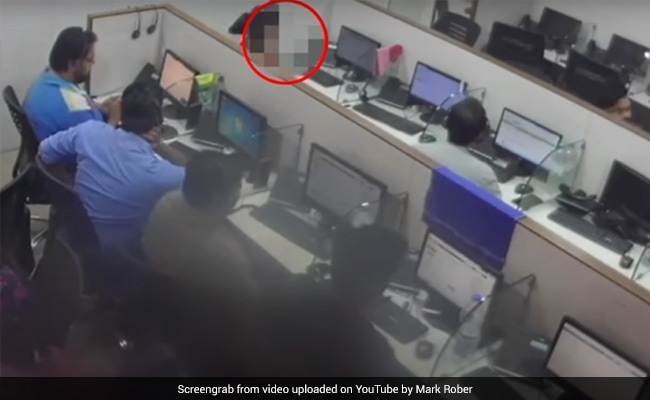 One of the busted call centres shown in Mark Rober's video.

Mark Rober, a YouTuber from United States of America (USA), has released a video describing how he shut down fake call centres using a bundle of cockroaches. The video has been posted on his YouTube channel and also going viral on various social media platforms.

Mr Rober said in the video that he had been after the scam business for more than a year and busted at least four of them. The scam centres are located in Kolkata, in West Bengal, according to the YouTuber.

The team infiltrated these scam centres and worked with their employees for some time before successfully taking control of their CCTVs and recording the scam acts.

The whole video has been posted on Mr Rober's YouTube channel.

The 42-year-old explained how they successfully completed their mission, which led to closure of not just these four but many other fake call centres across India.

The police in Kolkata took into account the evidence presented by Mr Rober's team and raided these call centres.

The YouTuber has also released the addresses of these call centres and the photos of the owners who ran the business to cheat thousands across the globe.

Call centres like these busted by Mr Rober have used modern technology to dupe people and siphon off their life's savings. And the problem seems to be getting worse.

According to a study by Truecaller, a caller identification system, nearly $30 billion were stolen from American citizens alone by scam centres like these in 2021.

Mr Rober was in the news last year for getting a brazen passer-by arrested who stole his Amazon delivery box. For prank too, he used the glitter bomb, which the followers of his channel later started calling as Mr Rober's “signature move”.

An engineer, Mr Rober previously worked at American space agency NASA and Apple. He turned a YouTuber a decade ago and has more than 21 million followers.