Urmila Matondkar had joined a growing league of film industry members who lashed out at Kangana Ranaut for calling Mumbai "Pakistan-occupied Kashmir" and her claims about all-pervasive nepotism and widespread use of illegal drugs in Bollywood. 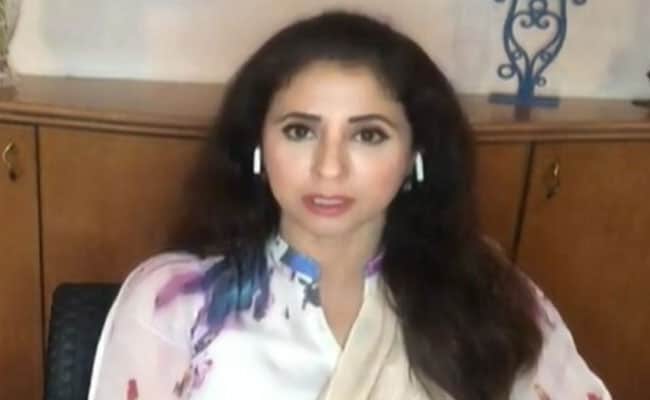 Urmila Matondkar thanked the "real people of India" for standing by her.

This week, Ms Matondkar joined a growing league of film industry members who lashed out at Ms Ranaut for calling Mumbai "Pakistan-occupied Kashmir" and her claims about all-pervasive nepotism and widespread use of illegal drugs in Bollywood.

Ms Ranaut's comments were met with criticism from the industry, with many, including frequent collaborator Ram Gopal Varma, filmmaker Anubhav Sinha and actor Swara Bhasker, hailing Ms Matondkar's consistent "grace and dignity" throughout her career of over 25 years.

Taking to Twitter, Ms Matondkar thanked the "real people of India" for standing by her in the face of fake "propaganda".

Thank you the “Real People of India” and a rare breed of unbiased,dignified media for standing by me. It's Your victory over fake IT trolls n propaganda.
Deeply touched..humbled ????????#JaiHind

Others from the fraternity who came out in support of Ms Matondkar, included actors Pooja Bhatt, Sayani Gupta and screenwriter Kanika Dhillon.

In an interview to NDTV, Ms Matondkar had said, "You cannot cross a certain line, speak ill of an industry that has made you everything. If some people are taking drugs or are drug addicts, you have no reason to compare it to mafia. When Kangana was not even born, Jaya ji was in the film industry. We're talking about a lady here (Jaya Bachchan) who has herself been an icon. Which part of Indian culture tells you to lash out at people like this?"

Though she said she did not support the demolition of the "Queen" star's office by the Mumbai civic body shortly after her comments last week about the city, the former Congress leader asked why taxpayer money was being used for Kangana Ranaut's security.