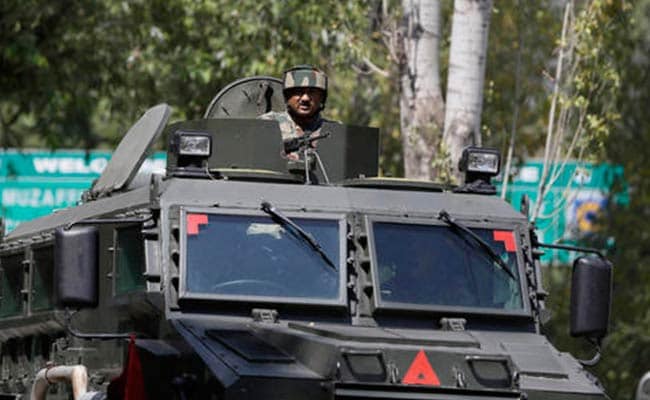 India has blamed the attack on an Army base in Jammu and Kashmir's Uri on Pakistan. (AP)

The deadliest terror attack on a military base in Jammu and Kashmir in recent years, in which 17 soldiers were killed, provoked strong political reactions on Sunday as the government directly blamed Pakistan.

Around 30 soldiers have been injured in the attack that started at 5 am when heavily armed terrorists entered an army base in Uri and started throwing grenades and firing. The terrorists were killed in a three hour gunbattle.

As Prime Minister Narendra Modi strongly condemned the attack, promising that "those behind the despicable attack will not go unpunished", a senior leader of the ruling BJP, Ram Madhav, recommended a "complete jaw for one tooth".

The BJP national general secretary posted on Facebook: "The PM has promised that those behind the Uri terror attack will not go unpunished. That should be the way forward. For one tooth, the complete jaw. Days of so-called strategic restraint are over."

Promoted
Listen to the latest songs, only on JioSaavn.com
After chairing a security meeting, Home Minister Rajnath Singh tweeted: "Pakistan is a terrorist state and it should be identified and isolated as such." He also expressed "deep disappointment" at Pakistan's "continued and direct support to terrorism and terrorist groups".

The opposition Congress tweeted a comment by its former minister Jitendra Singh, who was criticized by many for jump-starting a political blame-game at this hour.

Earlier, Congress president Sonia Gandhi had described the attack as a "deplorable affront on our national conscience".