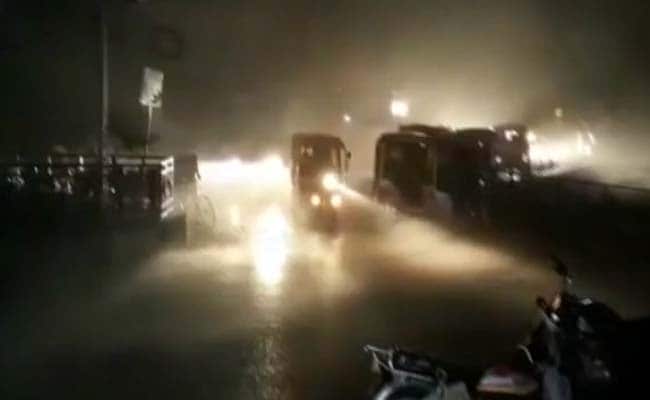 Houses collapsed, power lines snapped,in many parts of Rajasthan in the dust storm.

Lucknow/Jaipur: Uttar Pradesh and Rajasthan have been struck by intense weather conditions like storm, lightning and rains, leading to several deaths and damage to property. Sixty four people died in Uttar Pradesh on Wednesday  after heavy rains, hail storm and lightning struck western parts of the state. Agra has been the worst hit with 36 deaths. Government records said 38 people were injured across the state. In Rajasthan,  27 people have died and several injured in Rajasthan last night after a powerful dust storm swept through the state.

Here are the updates on the aftermath of the heavy storm in Uttar Pradesh and Rajasthan: 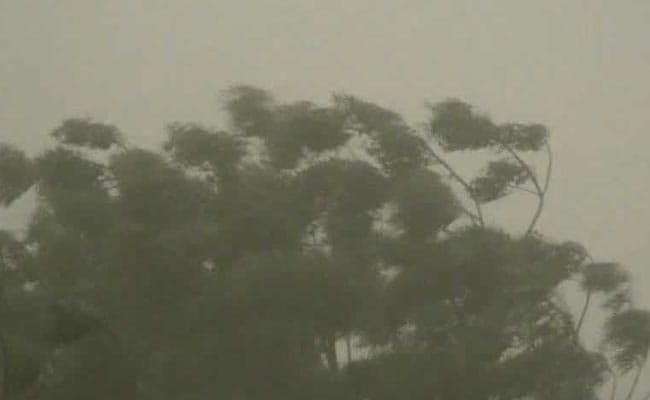 Over 70 Dead After Storm, Rain Hit Uttar Pradesh, Rajasthan: 10 Points
A dust storm, accompanied with rain and hail in some sports, wreaked havoc across Uttar Pradesh and Rajasthan yesterday, killing more than 70 people, uprooting trees and flattening houses. In Uttar Pradesh, 45 people died - 36 of them in Agra alone. In neighbouring Rajasthan, the figure was 27. The storm swept across Delhi too, but no loss or damages have been reported from the national capital. Prime Minister Narendra Modi tweeted his condolences and said the states have been offered help to deal with the crisis.
May 03, 2018 12:24 (IST)
Uttar Pradesh Chief Minister Yogi Adityanath has asked officials to personally monitor relief work, provide medical aid to affected in the state.
May 03, 2018 12:08 (IST)
Prime Minister Narendra Modi has tweeted on the storm that has affected several parts of the country.
"Saddened by the loss of lives due to dust storms in various parts of India. Condolences to the bereaved families. May the injured recover soon.Have asked officials to coordinate with the respective state governments and work towards assisting those who have been affected," PM Modi tweeted.