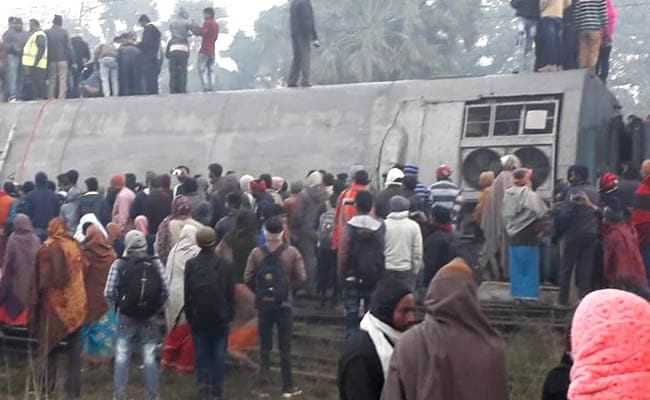 At least six people have died and 24 others were injured after nine coaches of Delhi-bound Seemanchal Express derailed today in Bihar's Vaishali at 3.52 AM. Several people are reported to be injured. The office of Railway Minister Piyush Goyal tweeted that rescue and relief operations are on after derailment the nine coaches of Jogbani-Anand Vihar Terminal Seemanchal Express at Sahadai Buzurg, Bihar.

Rescue operations are underway and helpline numbers have been issued, the Railway Ministry said. "Rescue and relief operations are on for derailment of 9 coaches of Jogbani-Anand Vihar Terminal Seemanchal express at Sahadai Buzurg, Bihar," Piyush Goyal's office tweeted.

Among the nine coaches that derailed, three are sleeper coaches - S8, S9, S10, one general coach, one AC coach B3, said East Central Railway spokesperson Rajesh Kumar. A team of doctors has been sent from nearby towns of Sonpur and Barauni to the site of accident.

Here are the highlights on the train accident:

Feb 03, 2019 13:37 (IST)
Railways has issued a clarification that six people have died in the accident, and not seven as previously reported.
Feb 03, 2019 11:55 (IST)
Six passengers who died in the accident have been identified
Feb 03, 2019 11:39 (IST)
Prime Minister Narendra Modi has expressed anguish over the death of people in the train accident in Bihar.
"Deeply anguished by the loss of lives due to the derailment of coaches of the Seemanchal Express. My thoughts are with the bereaved families. May the injured recover quickly," the PM tweeted.
He said, Railways, NDRF, and local authorities are providing all possible assistance in the wake of the accident.
Feb 03, 2019 10:22 (IST)
Officials say the coaches separated from the engine before they derailed; three of the coaches overturned completely. Personnel of the National Disaster Response Force (NDRF) had to climb on them and break the hardened glass of the AC coaches and cut through the iron grills of the sleeper coaches to reach trapped passengers.
Feb 03, 2019 10:13 (IST)
Principal Secretary, Disaster Management Department, Pratyay Amrit said that the identities of the victim was yet to be confirmed.
"The identity of the deceased was yet to be confirmed. Rescue operations are in full swing and an accident relief train has been sent to the site of the mishap. A team of the NDRF has also reached the spot," Mr Kumar said.
Feb 03, 2019 09:51 (IST)
Seven people have been confirmed dead in the accident. Officials said that the seven bodies have been brought to Hajipur Sadar hospital for post-mortem.
Feb 03, 2019 09:44 (IST)
Apart from Railway Administration and State Administration, NDRF is also assisting Railways in relief and rescue operations.
Feb 03, 2019 09:33 (IST)
Railway Minister Piyush Goyal announces Rs 5 lakh compensation to the immediate relative of those killed. Those injured in the accident will receive Rs 1 lakh, his office said.
Feb 03, 2019 08:57 (IST)

We express profound grief over the loss of innocent lives in tragic derailment of 12487 Jogbani-AnandVihar Terminal Seemanchal Exp at Sahadaibuzurg in Bihar. Rescue and relief operations are at full swing. Our GM & DRM, NDRF teams, & officials of local administration are at site 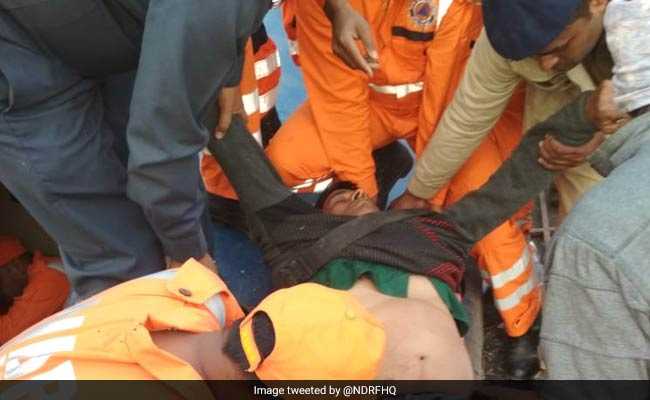 Teams of NDRF conducting rescue operation.
The accident took place near "Sahdoi Bujurg" railway station.
Feb 03, 2019 08:38 (IST)
As per preliminary investigations, the engine of the express train decoupled and chugged forward with the first few coaches and those decoupled eventually derailed.
Feb 03, 2019 08:35 (IST) 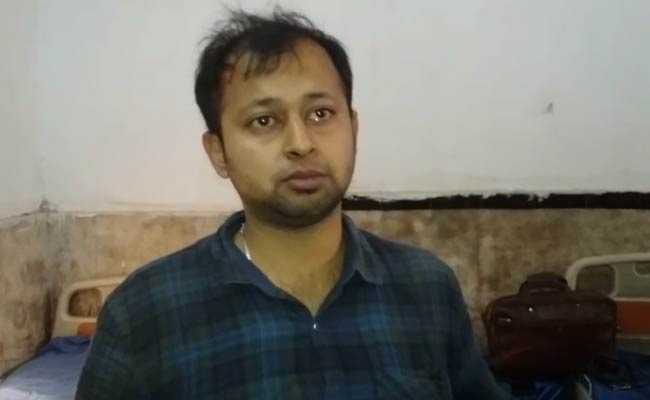 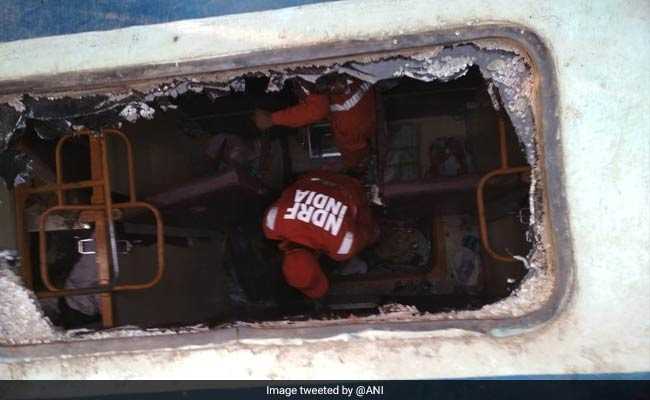 Two teams of the National Disaster Response Force (NDRF) are currently at the site.
One person is believed to be trapped inside one of the affected coaches and the number dead is likely to rise, a police official said.
Feb 03, 2019 08:01 (IST)
Minister Piyush Goyal said that he is taking regular updates from railway officials regarding the rescue operations.

Railway Minister is in touch with Railway Board members and GM ECR regarding #seemanchalexpress accident. Relief and rescue operations are underway. He has expressed profound grief over the loss of innocent lives in this tragic accident and wished speedy recovery for the injured. 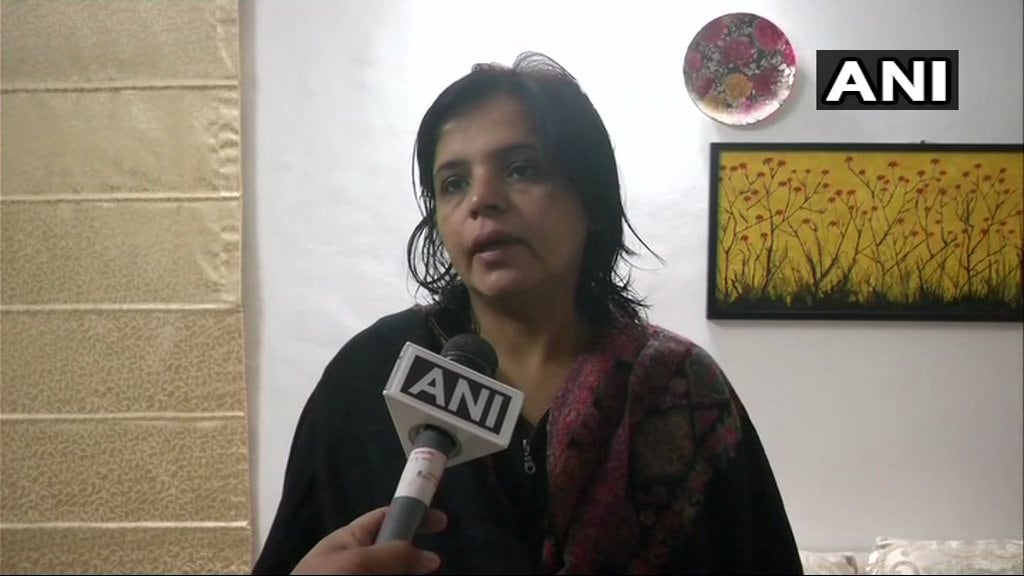 "We are focusing on rescue and relief operations right now. Railway Accident Medical Van along with team of doctors are at site. Two teams of NDRF have also reached the spot," Smita Vats Sharma, Additional Director General PR (Rail), said.
Feb 03, 2019 07:35 (IST)
The superfast train was running at full speed when the accident took place, officials said. Three of the coaches overturned and the high force of the impact destroyed them completely.
Feb 03, 2019 07:33 (IST)
14 passengers have been injured in the train derailment, officials said.
Feb 03, 2019 07:23 (IST)
All passenger trains on the route have been cancelled.
Feb 03, 2019 07:20 (IST)
Nine coaches of Seemanchal Express derailed near Sahadai Buzurg at around 3:52 am.
Feb 03, 2019 07:01 (IST)
People climb out of an overturned coach of the Seemanchal Express in Bihar. 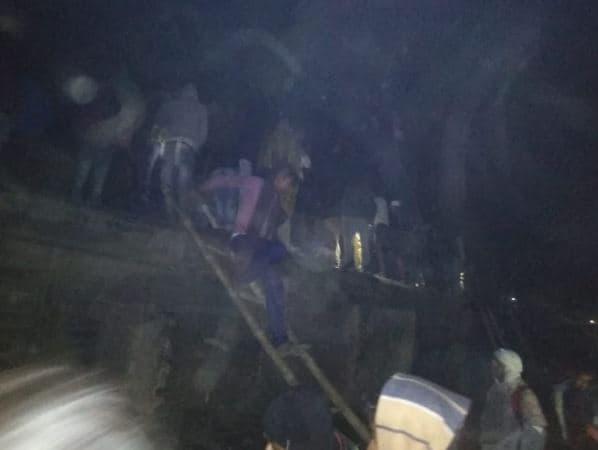