Up To 300 Units Of Free Electricity In Gujarat If AAP Wins: Arvind Kejriwal 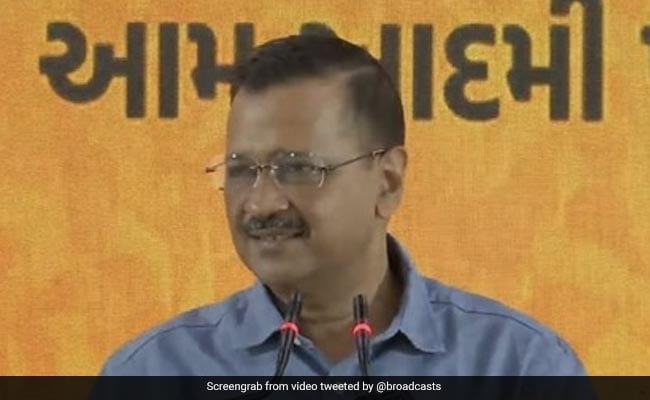 Arvind Kejriwal said all pending electricity bills issued before December 31, 2021 will be waived.

Aam Aadmi Party's (AAP) national convener Arvind Kejriwal on Thursday promised that his party will provide free electricity up to 300 units per month if voted to power in Gujarat where polls are due this year.

"I am giving you a guarantee. If you find any fault later, you are free not to vote for AAP in the next election. We will fulfil all the guarantees once we come to power in the state," he said.

Arvind Kejriwal also said that all pending electricity bills issued before December 31, 2021 will be waived.

The AAP leader arrived here late Wednesday night on his second visit to the state this month.

He had said that in the next few weeks, the Aam Aadmi Party would share with the people of Gujarat its agenda on what it plans to do for them if voted to power in the state.

He had claimed that the people of Gujarat were fed up with 27 years of the BJP rule and want a change.

Arvind Kejriwal last visited Gujarat on July 3, when he held a town hall on the issue of free electricity in Ahmedabad.

Presenting the "Delhi model," he had said free electricity is possible in Gujarat if corruption is eliminated.

The AAP has made free electricity a major poll issue in Gujarat, where polls are due in December.