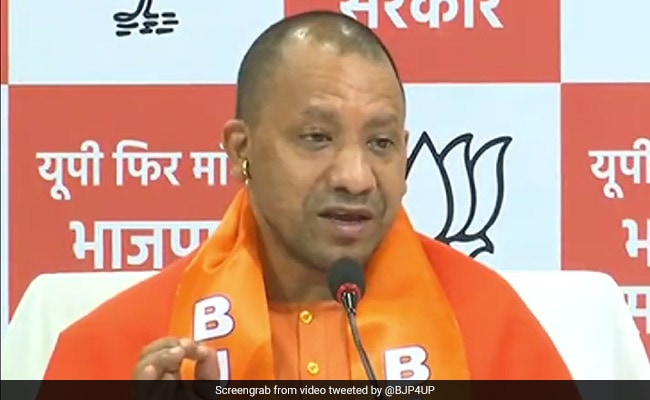 UP polls: Yogi Adityanath said "rioters...today have their posters pasted on roads" (File)

Uttar Pradesh Chief Minister Yogi Adityanath on Friday released the BJP's song for the assembly polls and said rioters, who once enjoyed the patronage of previous governments and were a threat to the state's peace, now have their posters pasted in public places.

Speaking on the occasion, the chief minister said, "The rioters who were once a threat to the peace and harmony of the state and enjoyed patronage of previous governments, today have their posters pasted on roads and crossings."

“Taking the basic mantra of 'Sabka Saath, Sabka Vikas' of Prime Minister Narendra Modi as the aim of our government, we have worked for the development of all but appeasement of none,” Mr Adityanath said and referred to the achievements of his government.

“Our government also paid cane dues pending from the SP and BSP governments' time,” he said.

Mr Adityanath said that his government has fulfilled the promises made by the BJP in its 2017 election manifesto.