Uttar Pradesh minister Swatantra Dev Singh was rebuking an official after he found dirt in a canal during inspection in Garautha region of Jhansi. 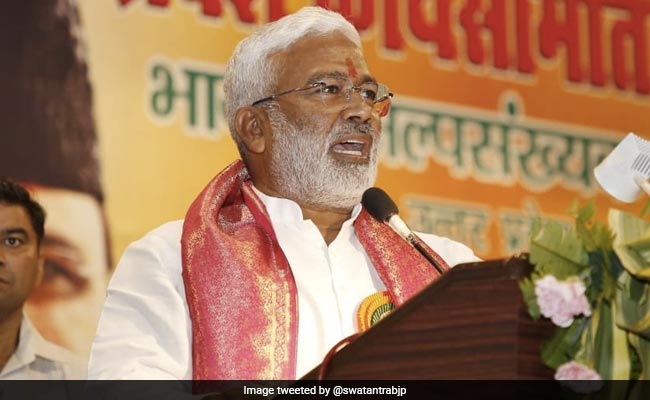 Uttar Pradesh minister Swatantra Dev Singh on Saturday slammed an official when he found dirt in a canal during inspection, saying "pocketing" the entire fund was not right.

Mr Singh, who holds the Jal Shakti and Flood Control portfolio, was in Garautha region, about 70 kilometres from the district headquarters to inspect the irrigation projects.

"The aim of the government is that water reaches the farm of the poor,” he said before pulling up the official.

Mr Singh was unrelenting even when the official offered to inquire into the matter.

"What do you inquire? You just see. Crores of rupees come, but the canals are not cleaned," he said.