Chetan Chauhan, Former Cricketer And UP Minister, Dies Of COVID-19

Chetan Chauhan, who played 40 Tests for India, was 73 and is the second UP minister to have died of COVID-19. 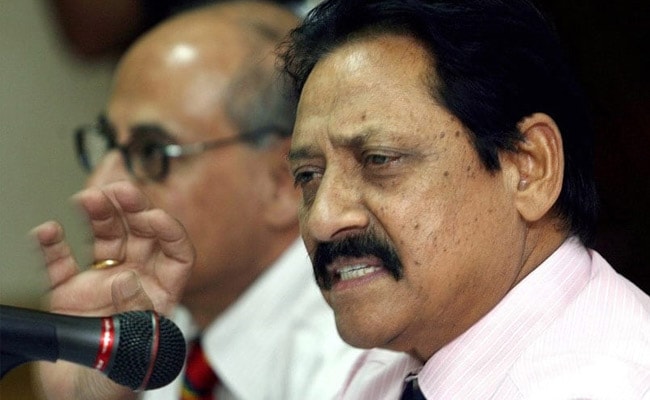 Chetan Chauhan had a multi-organ failure and was put on ventilator support On Friday night. (File)

Uttar Pradesh cabinet minister Chetan Chauhan, one of Indian cricket's most well-known openers, died on Sunday from COVID-19 related complications after being put on life support for nearly 36 hours.

Chetan Chauhan, who played 40 Tests for India, was 73 and is survived by his wife and son Vinayak. He was currently serving as the Minister of Sainik Welfare, Home Guards, and Civil Security in the Uttar Pradesh cabinet.

"My elder brother Shri Chetan Chauhan has left us today after fighting a good battle. I sincerely thank everyone who had prayed for his recovery. His son Vinayak will be reaching anytime and we will then perform last rites," his younger brother Pushpendra Chauhan told news agency PTI.

Chetan Chauhan, who was the legendary batsman Sunil Gavaskar's longest serving opening partner, was admitted to Sanjay Gandhi PGI hospital in Lucknow on July 12 after being testing positive for the coronavirus.

His health worsened because of kidney-related ailments and he was shifted to Medanta hospital in Gurgaon.

On Friday night, he had a multi-organ failure and was put on ventilator support.

After retiring, Chetan Chauhan served in the Delhi and Districts Cricket Association (DDCA) in various capacities - president, vice-president, secretary and chief selector - apart from being manager of the Indian Team during its tour of Australia in 2001.

He was elected to the Lok Sabha twice from Amroha in Uttar Pradesh, in 1991 and 1998 and was honoured with the Arjuna Award in 1981.

Chetan Chauhan is the second UP minister to have died of COVID-19.

Prime Minister Narendra Modi expressed his condolence on the death of a "wonderful cricketer" and a "diligent political leader".

"Shri Chetan Chauhan Ji distinguished himself as a wonderful cricketer and later as a diligent political leader. He made effective contributions to public service and strengthening the BJP in UP. Anguished by his passing away. Condolences to his family and supporters. Om Shanti," PM Modi tweeted.

During his 12-year-long cricket career, Chetan Chauhan played 40 Tests scoring 2,084 runs with 16 half-centuries and two wickets. He could not ever get a hundred with 97 being his best.

With Sunil Gavaskar, Chetan Chauhan formed a formidable opening partnership for India and the two scored more than 3,000 runs, including 12 century stands.

Having made his first-class debut as a 22-year-old against Mumbai, Chetan Chauhan was known to be a brave batsman of his generation.

One of the most memorable moments of his career as an opener was the 213-run stand with Sunil Gavaskar against England at The Oval in 1979, during which he scored 80 runs.