UP Government Transfers Rs 1,000 In Bank Accounts Of Over 10 Lakh Migrants

Chief Minister Yogi Adityanath said the maintenance allowance being given by his dispensation to migrant workers returning to the state has given a new direction to the public welfare schemes. 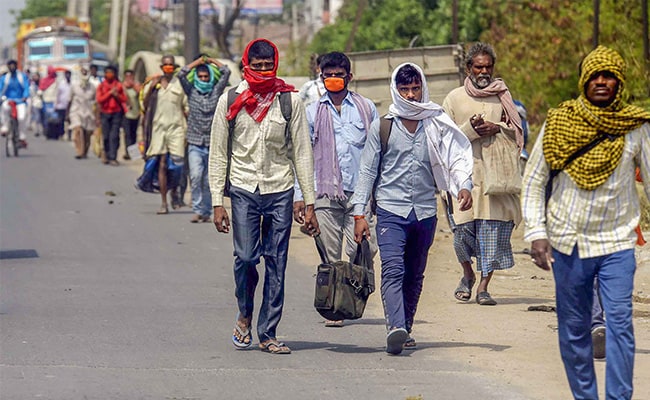 A total of 35 lakh migrant workers have returned to Uttar Pradesh state so far. (Representational))

The Uttar Pradesh government has transferred Rs 1,000 in the bank accounts of over 10.4 lakh migrant workers who have recently returned to the state.

Chief Minister Yogi Adityanath said the maintenance allowance being given by his dispensation to migrant workers returning to the state has given a new direction to the public welfare schemes.

He said migrant workers coming from other states are being safely taken to quarantine centres and proper arrangements have been made for their food and medical screening there.

"All these workers have a very big role in nation-building. They have set a good example in front of society through their labour," he said.

According to an official release, Rs 1,000 has been transferred through Direct Benefit Transfer (DBT) in the bank accounts of 10,48,166 migrant workers.

A total of 35 lakh migrant workers have returned to the state so far.

Mr Adityanath said over 12,000 buses of the Uttar Pradesh State Road Transport Corporation (UPSRTC) were arranged for their return and 15-day ration kits were given to migrant workers.

"When we work as a team, the entire system connects with it and gives positive results. The commitment with which all departments have performed during the crisis is an example for the country. This is the reason that the Supreme Court did not comment against the state when hearing was underway (over COVID-19 crisis)," he said.

He said it is the state government's responsibility to provide employment to the workers returning to their home towns.

"Firstly, the revenue department performed the task of mapping skills of the workers and then the finance department held a few meetings with banks and prepared the action plan for their employment and self-reliance," he said.

"Arrangements have been made to deliver food to 12-15 lakh people daily through community kitchens since the lockdown," he said.

Mr Adityanath said his government is doing everything for social and economic security of migrant workers, he said.

The chief minister also interacted with beneficiaries via video conferencing.