Farmers are angry at their crops being wasted and said the BJP-led government is doing nothing to arrest the decay. 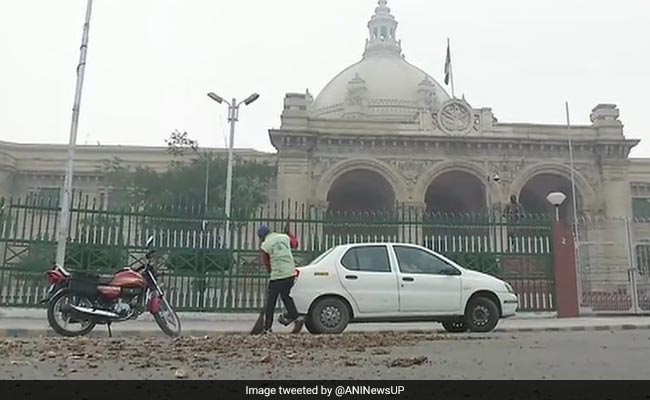 The high-security zone in front of the state assembly building was strewn with potatoes in the morning.

Lucknow: The Yogi Adityanath government in Uttar Pradesh faced an embarrassing situation on Saturday as quintals of potatoes were thrown by the farmers in front of the Vidhan Sabha building and outside Chief Minister's residence.

The VIP and high-security zone in front of the state assembly building was strewn with potatoes in the morning.

The scene was similar outside Raj Bhawan which houses Uttar Pradesh Governor Ram Naik and his family and the 5, Kalidas Marg high-security residence of Chief Minister Adityanath.

The development sent the district administration and security officials in a tizzy as the act was carried out in high-security zones.

Senior Superintendent of Police Lucknow Deepak Kumar said the vehicles of the farmers, who were involved in throwing potatoes have been identified and that they would be acted upon.

Farmers, however, said they have not done anything wrong as this was a symbolic protest against the government and its policies.

Farmers are angry at their crops being wasted and said the BJP-led government is doing nothing to arrest the decay. 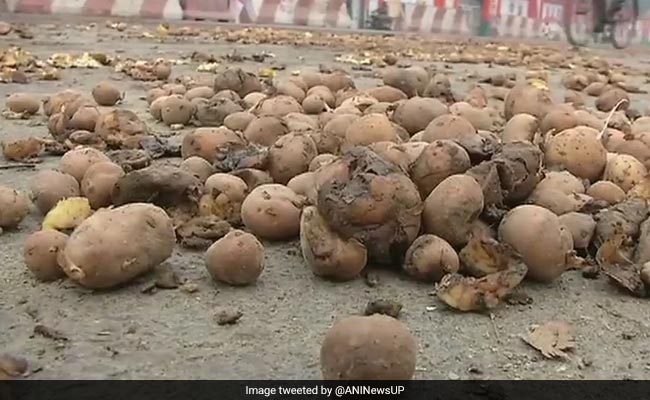 Farmers said it was a symbolic protest against the government and its policies.

"We are getting Rs 3-4 per quintal from the 'mandis' while we want Rs 10 per quintal. What else do we do when our pleas are falling on deaf ears," a farmer told IANS.

Harnam Singh Verma, a leader of the Bharatiya Kisan Union said that the farmers were not getting adequate price for their harvest, they do not know where to keep it and accused the state government of not fulfilling its promises.

Uttar Pradesh Agriculture Minister Surya Pratap Shahi, however, denied the allegations and said the present state government was committed to the welfare of the farmers, especially potato growers.

"This appears to be some political conspiracy to defame the Yogi government," he alleged.

Promoted
Listen to the latest songs, only on JioSaavn.com
He told IANS the potatoes thrown on the roads were of poor quality.