The sub-inspector was seen smiling in one of the selfies as the constable climbed up the electric pole. 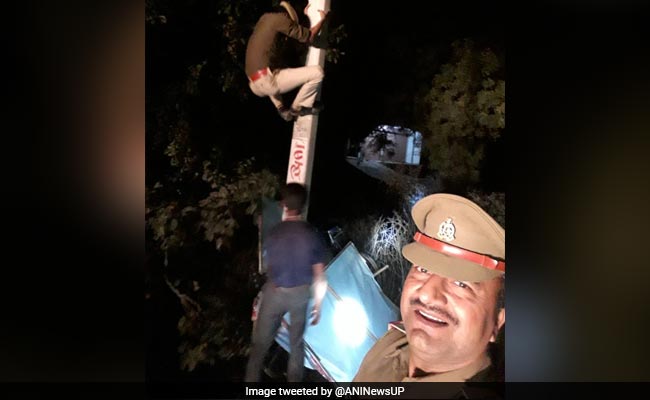 Apart from the investigation, the officer has been sent to district lines as well

An investigation has been ordered against a police officer who clicked a selfie with a constable who was removing political posters from an electricity pole in Uttar Pradesh's Unnao. The sub-inspector had asked his subordinate to climb up the pole to remove the posters after the Election Commission imposed the model code of conduct on Sunday.

In the selfie shared by news agency ANI, the officer was seen smiling as the constable climbed up the pole.

Apart from the investigation, the officer has been sent to district lines as well.

With the model code of conduct coming into effect after the announcements of the Lok Sabha poll schedule, authorities have started to remove hoardings advertising central and state government schemes in various districts of Uttar Pradesh.

The model code of conduct bars the government from announcing any policy move that may impact voters' decision.