The Unnao rape survivor and her family were on their way to the district jail in Rae Bareli to meet her uncle, who is serving a life term in a separate case. In the heavy rain, their car had a head-on collision with a truck.

The Unnao rape survivor and her family met with an accident in Rae Bareli on Sunday.

Uttar Pradesh BJP lawmaker Kuldeep Sengar, who allegedly raped a 15-year-old girl in 2017, was also involved in yesterday's accident that left the teen seriously injured, her mother has said. The girl and her family met with an accident yesterday in Raebareli, that left two of her family members dead. The teen and her lawyer are in hospital. The state police chief said she is out of danger. He also added that preliminary investigations indicate that it was an accident, but they are open to a CBI investigation if the family wants.

Kuldeep Sengar - a four-time legislator who represents Bangermau in the Uttar Pradesh Assembly - has been in prison for a year over the alleged rape, which took place in 2017.

"I have got to know that the lawmaker got it done. He is inside... he has a phone inside (the jail). He is doing everything sitting inside the jail," the teen's mother told reporters. "Sengar is in jail but his men aren't. He and his men were threatening us... We want justice." 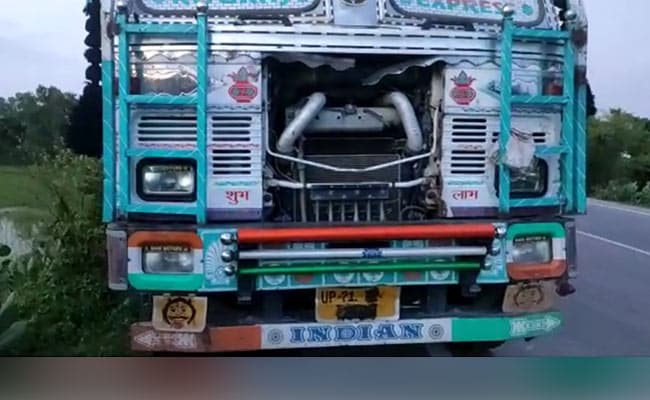 The number plate of the truck was scrubbed with black paint.

The family, residents of Unnao - around 45 km from state capital Lucknow - was on its way to the district jail in Rae Bareli yesterday to meet her uncle, who is serving a life term in a separate case. In the heavy rain, their car had a head-on collision with a truck.

It later turned out that the truck had its number plate scrubbed with black paint. The security detail that the girl was meant to have, was also not accompanying her.

State police chief OP Singh police said prima facie, it was an accident, but they will support the family if they want a probe by the Central Bureau of Investigation.

Asked why the number plate was blacked out, the police chief said they are investigating the matter. The driver and his helper have been arrested and their call records are being probed, he added. "Every angle is being investigated, but prima facie, it appears to be an accident," he said.

The police are also investigating why the security persons - provided to the girl after the rape -- did not accompany her. "Our information suggests the security wasn't with them today, it seems they refused it," said another police officer, MP Verma.

The matter created ripples in parliament, where the upper house, Rajya Sabha, was adjourned till noon following Opposition protests. 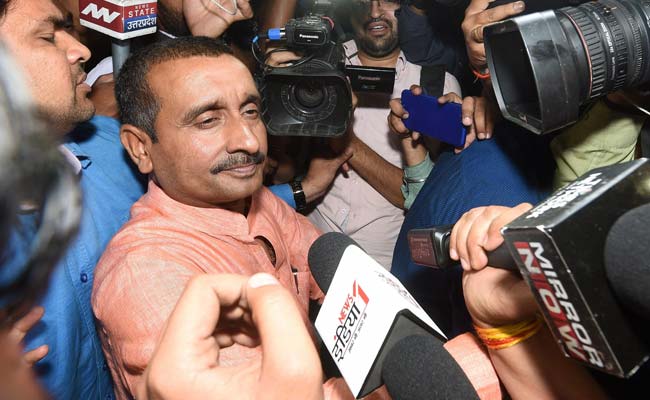 Kuldeep Sengar has been charged with rape and criminal conspiracy by the CBI. (File)

In a series if tweets, Congress's Priyanka Gandhi targetted the state's BJP government.

"So a woman is allegedly raped by a BJP MLA. Her father is beaten up and dies in custody. A key witness dies mysteriously last year. Now her aunt who was also a witness is killed and her lawyer is critically injured in an accident caused by a truck with blackened number plates," one of her tweets read.

"She herself lies grievously wounded in hospital from the same accident. The accused continues as a BJP legislator, and the BJP State Government has the audacity to run a Fear-free campaign???" read another.

The girl has alleged that in June 2017, she was sexually assaulted by the lawmaker when she went to his Unnao home with a relative, to seek a job.

A year later, after running from pillar to post for justice, the girl and her mother attempted self-immolation outside the house of Chief Minister Yogi Adityanath, which drew the attention of the national media.

Days later, her father died after being detained by the police. Postmortem report indicated that he was severely beaten. The family alleged the involvement of Kuldeep Sengar's brother Atul Sengar.

The CBI has told the court that the girl was raped by the lawmaker around on 4 June 2017. The agency has charged the lawmaker with rape and criminal conspiracy and his brother of murder.