The court allowed Kuldeep Sengar to deposit in 60 days the fine amount of Rs 25 lakh, out of which Rs 10 lakh will be released to the rape survivor 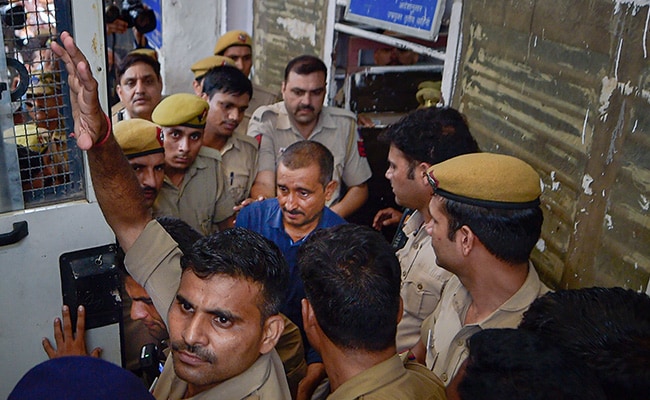 Expelled BJP MLA Kuldeep Singh Sengar, sentenced to life imprisonment for raping a minor girl in Unnao in 2017, failed to get any interim relief on Friday from the Delhi High Court which refused to suspend his sentence and sought CBI's response on his appeal challenging the conviction.

The court also sought the survivor's reply on Sengar's appeal challenging his conviction and imprisonment till remainder of his natural life.

A bench of justices Manmohan and Sangeeta Dhingra Sehgal allowed Sengar to deposit in 60 days the fine amount of Rs 25 lakh, out of which Rs 10 lakh will be released to the rape survivor without any condition.

During the hearing, the court said it was not inclined to suspend the sentence or fine amount of Sengar as he is an undertrial in other cases also, after which his counsel withdrew the application for suspension of the sentence.

"Too much tragedy happened with the survivor in this case. In the facts of the case, we are not inclined to suspend the sentence. You have to pay Rs 10 lakh to the survivor. There can be no condition to it," the bench said.

"You cannot be released because you are an undertrial in other cases also in which trial is going on. You have a judgement of trial court against you, you are a convict today, you have to be in custody. The presumption of innocence does not lie to you today. You have been in jail only for one and a half years. We are not suspending the sentence," it said.

Sengar's advocate claimed he does not have money to deposit the fine amount as he was the sole earning member in the family, has two daughters of marriageable age.

He said he was facing difficulty in arranging Rs 25 lakh and the trial court had only given him time till January 20 to deposit the amount and urged the court that the time be extended.

The counsel for CBI said Sengar's wife was also a public servant and he should first pay Rs 10 lakh as directed by the trial court to the rape survivor and rest Rs 15 lakh is to be deposited with the court.

The bench has now posted the appeal for May 4 in the category of ''regular matters''.

Sengar has sought quashing of the December 16, 2019 judgement of the trial court which convicted him. He has also sought setting aside of the December 20 order sentencing him to imprisonment till remainder of his life.

The trial court had convicted the 54-year-old Sengar under various provisions including Section 376 (2) of IPC which deals with the offence of rape committed by a public servant who "takes advantage of his official position and commits rape on a woman in his custody as such public servant or in the custody of a public servant subordinate to him".

In his plea, Sengar alleged the trial court committed egregious factual errors and he has been wrongly convicted based on a judgment which goes beyond the boundaries of perversity.

The trial court had awarded him the maximum punishment of life term with a rider that the convict will remain in jail for "remainder of his natural biological life" and also imposed an exemplary fine of Rs 25 lakh on him to be paid within a month.

The top court, taking cognisance of the rape survivor's letter written to the then Chief Justice of India Ranjan Gogoi, had on August 1 last year transferred all five cases registered in connection with the Unnao rape incident from a Lucknow court in Uttar Pradesh to the court in Delhi with directions to hold trial on a daily basis and completing it within 45-days.