Unnao rape case: It was "part of a larger conspiracy to deter, silence and prevent the father from pursuing the complaint" in the rape case, the court said 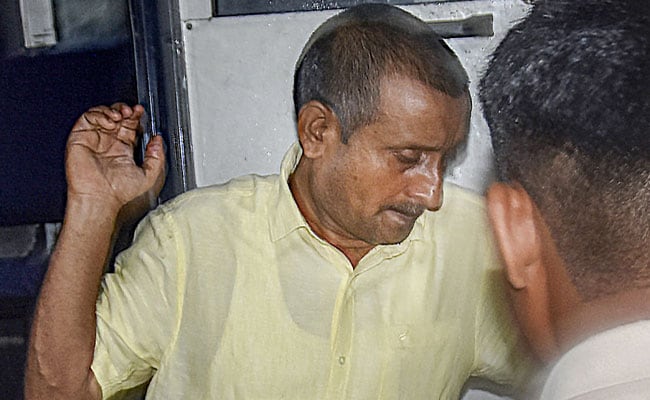 Kuldeep Sengar was recently expelled from the BJP

Uttar Pradesh lawmaker Kuldeep Sengar -- accused of raping a teenage girl in Unnao -- has been charged with the murder of her father. A court in Delhi on Tuesday framed charges against him and his brother, Atul Sengar, who is a co-accused in the case. Three policemen, who were also linked to the case, have been charged with murder. Kuldeep Sengar, who was recently expelled by the BJP, has denied all charges.

Last month, the survivor met with an accident while on way to Raebareli. Two of her aunts died. She and her lawyer are admitted in Delhi's All India Institute of Medical Sciences.

Doctors say they are still critical, and on life support system.

The court framed charges against Kuldeep Sengar and the other accused for allegedly assaulting the girl's father and framing him in an Arms Act case. A country-made pistol was planted on him and he was beaten up at the police station, the judge said.

It was "part of a larger conspiracy to deter, silence and prevent the father from pursuing the complaint" in the rape case, the court said, pointing out that his body bore 18 severe injuries.

The judge said even though Kuldeep Sengar was in Delhi, he was in touch with police officers in Unnao. The man was picked up from a road, taken to a police station and beaten up, he added.

Last month, the Unnao rape survivor met with an accident while on way to Raebareli

The rape case, which made international headlines, came under scanner when the girl -- after running from pillar to post for justice -- tried to commit suicide outside Yogi Adityanath's home. The next day, her father died while in custody at a local hospital. The 55-year-old was arrested following a complaint of illegal arms possession.

He was admitted to hospital hours before his death, with complaints of stomach pains. At the time, his face bore multiple bruise and lacerations. Postmortem report said the man had died due to blood poisoning from a perforated intestine. It also listed 14 bruises all over his body.

During the routine medical check-up before he went to jail - conducted at the same hospital -- he named Atul Singh as his attacker.

The policemen have been charged with criminal conspiracy for falsely implicating the father in the arms case. The three were already accused in the case and were out on bail.