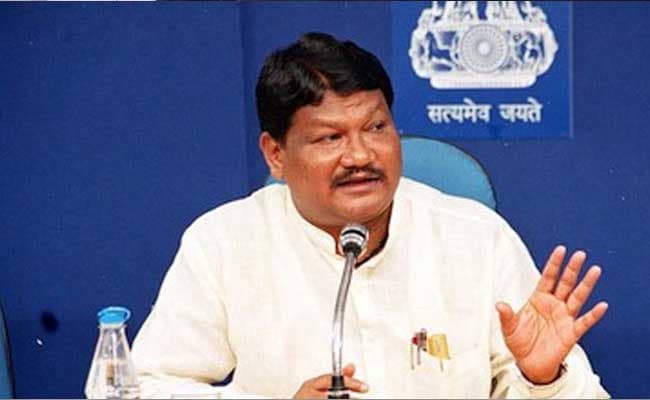 Jual Oram is contesting from Sundargarh constituency from where he had won in 2014 elections.

Senior BJP leader and Union Tribal Affairs Minister Jual Oram's immovable assets has tripled in the last five years while that of his wife has jumped four fold during the same period.

The value of Mr Oram's immovable assets which stood at around Rs 90 lakh in 2014 has now risen to Rs 2.74 crore. Similarly, the worth of immovable assets of his wife Ms Jhingia has swollen from around Rs 50 lakh to Rs 2.03 crore during the period.

While the market value of the existing assets had grown, the Union minister and his wife have acquired three new housing properties - two in Bhubaneswar and one in New Delhi.

Mr Oram and his spouse purchased two flats in Lumbini Enclave area in Bhubaneswar in September last year at a price of Rs 61.42 lakh each.

Mr Oram also bought a flat in July last year in Narela area of New Delhi for around Rs 55.80 lakh. Both had availed bank loans for purchasing these properties.

The gold and silver jewelleries possessed by the tribal BJP leader are valued at Rs 9,33,000 and the worth of jewelleries of his wife is around Rs 12,30,000.

Liabilities of Mr Oram in the form of loans from banks, financial institutions and other sources stand at around Rs 90.42 lakh, while similar liabilities of his wife are to the tune of Rs 36.40 lakh.

Mr Oram is contesting from Sundargarh Lok Sabha (ST) constituency from where he had won in 2014 elections. Polling for the seat is scheduled to be held in the second phase on April 18.