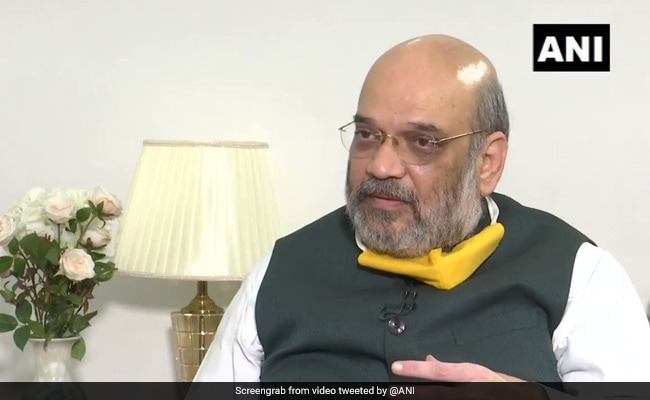 The PMAY flats built in cities will be available to the migrant labourers at cheaper rent: Amit Shah

In a series of tweets, Mr Shah expressed his gratitude to the prime minister for the decision taken at a meeting of the Union Cabinet to extend the Pradhan Mantri Garib Kalyan Anna Yojana (PMGKAY) till November which will provide ration to crores of poor people.

"During the early days of coronavirus crisis, prime minister had taken the decision to provide three LPG cylinders free to poor women for three months under the Ujjwala Yojana."

"Many families could not fully avail the three cylinders as a result of which the scheme was extended till September. This would benefit 7.4 crore women," he said.

The home minister said the union cabinet's approval to ''Affordable Rental Housing Complex'' for urban migrants under the Pradhan Mantri Awas Yojana is a historic decision of the Modi government.

The PMAY flats built in cities will be available to the migrant labourers at cheaper rent, he said thanking PM Modi for this decision, which will further strengthen the goal of ''Housing for All''.

Mr Shah said that re-emphasizing his commitment to the mantra of ''Sabka Saath, Sabka Vishwas'', the prime minister has extended another very important scheme which caters to the cause of small businesses.

"The contribution in the EPF account has been extended till August in the cabinet meeting today. This decision of the Modi government will benefit about 72 lakh people of small businesses," he said.

The home minister said the cabinet's approval of Rs 1,00,000 crore ''Agriculture Infrastructure Fund'' will strengthen the agriculture sector and it reflects PM Modi's commitment towards all-round development of rural India.

It will provide a big momentum to the development of rural infrastructure, he said.