The home minister said the Indian constitution, which binds the world's largest democracy in the thread of unity, is also federal and unitary. 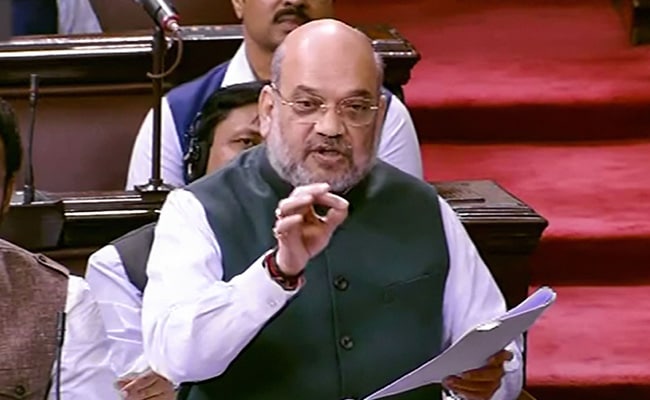 Constitution is the soul of Indian democracy: Amit Shah

Union Home Minister Amit Shah today said the Narendra Modi government is committed to ensure the unity and integrity of the country by following the ideals of BR Ambedkar, the architect of the Constitution, and serve 130 crore Indians.

"As a true guard of the Constitution, the Modi government is committed to upholding the unity and integrity of the country, following the ideals of Babasaheb Ambedkar, with a resolve of welfare of 130 crore countrymen," he said.

The home minister said the Indian constitution, which binds the world's largest democracy in the thread of unity, is also federal and unitary.

"A tribute to Babasaheb Ambedkar, who gave the country a progressive Constitution, on the occasion of Constitution Day, and all the patriots for keeping it intact," he said in tweets in Hindi.

The government is celebrating November 26 as the Constitution Day as it was on this day in 1949 that the Constitution was adopted, and, thereafter, came into force on January 26, 1950, marking the beginning of India as a republic.

A joint sitting of both the Houses is being organised on Tuesday in the Central Hall of Parliament to mark the 70th anniversary of the adoption of the Constitution by the Constituent Assembly.

Among those who are addressing the MPs on the occasion are President Ram Nath Kovind, Vice President M Venkaiah Naidu, Lok Sabha Speaker Om Birla and Prime Minister Narendra Modi.