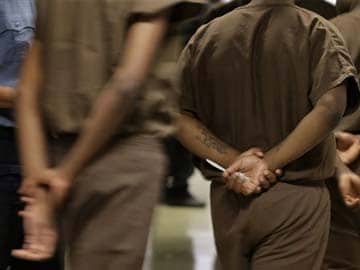 New Delhi: UNICEF India today expressed concern over the amendments to the Juvenile Justice Act, under which minors above the age of 16 involved in a serious crime can be tried in an adult court, and said such a decision was a "real step back".

"The recent Union Cabinet approval of the Juvenile Justice Act amendment to empower the Juvenile Justice Board to decide whether a juvenile above the age of 16 years involved in a heinous crime is to be tried in a regular court, constitutes a real step back," said a statement by UNICEF today.

With the enactment of the Juvenile Justice (Care and Protection of Children) Act in 2000, India's juvenile justice legislations was brought in line with the Convention on the Rights of the Child (CRC) and international standards, focusing on some of the key principles of juvenile justice which deprivation of liberty as last resort, restorative and reformative justice, diversion and alternative sentencing, and separate protection structures and qualified personnel.

The UN CRC (article 40.1) states that children who are accused of offences should be tried separately from adults "in a manner consistent with the child's sense of dignity and worth".

Promoted
Listen to the latest songs, only on JioSaavn.com
This is further supported through international standards like the Beijing Rules and the Riyadh Guidelines laying out procedures for the administration of juvenile justice and prevention of juvenile delinquency.

"Worldwide, evidence shows that the process of judicial waiver or transfer of juvenile cases to adult courts have not resulted in reduction of crime or recidivism. Instead, investments in a working system of treatment and rehabilitation of children have shown to lead to better results in reducing recidivism," said Louis-Georges Arsenault, UNICEF Country Representative.