Although Uday Singh did not reveal his future plans, he dropped plenty of hints suggesting he may join a Grand Alliance constituent and that he is impressed with Rahul Gandhi 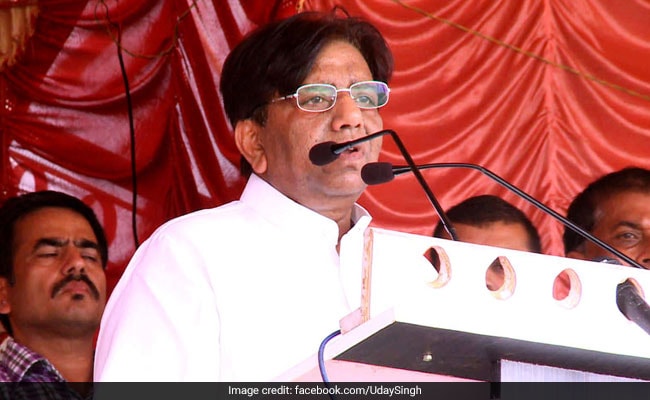 A former BJP parliamentarian on Friday announced his resignation from the party. Uday Singh, an ex-BJP lawmaker who has represented Bihar's Purnea Lok Sabha constituency twice, alleged the party has surrendered before the discredited Janata Dal (United) headed by Chief Minister Nitish Kumar.

Mr Singh said that party workers were "appalled" over BJP willing to share power with Nitish Kumar despite past experiences between the two parties.

"His (Nitish Kumar) government is rapidly losing goodwill. Now the BJP will end up sharing the blame for his misdeeds," Mr Singh said.

"And as if that was not enough he was given such a massive share of seats," he added.

Although Mr Singh did not reveal his future plans, he dropped plenty of hints suggesting he may join a Grand Alliance constituent.

Mr Singh praised Congress President Rahul Gandhi for his growing popularity. He claimed that PM Modi has withdrawn himself from reality, even if he had good intentions.

"I never approved of the slogan of Congress-mukt Bharat. A democracy cannot survive if the opposition is wiped out. It will degenerate into a totalitarian regime," Mr Singh said.

Mr Singh, whose elder brother NK Singh is the Chairman of the 15th Finance Commission, had lost his seat in 2014 to JD(U)'s Santosh Kushwaha by a margin of more than one lakh votes, despite the 'Modi wave'.

With the BJP and the JD(U) having agreed to fight 17 seats each, leaving six for Ram Vilas Paswan's Lok Janshakti Party, and Purnea being a sitting seat of Nitish Kumar's party, there is a likelihood for Mr Singh being considered for the seat.

Mr Singh had won the Purnea seat in 2004 and 2009. His mother Madhuri Singh had represented the seat as a Congress nominee in the 1980s.

Mr Singh, however, maintained that his decision had nothing to do with the possibility of getting a ticket from the seat as NDA constituents are yet to finalize which constituency will be fought by which party.

"I have had no talks with Rahul Gandhi or Lalu Prasad. But I am looking forward to speaking to them after taking my supporters into confidence," Mr Singh said.

Mr Singh also claimed widespread resentment among the BJP cadre over the alleged undemocratic style of the party leadership.

"It is so difficult to meet BJP president Amit Shah. Upendra Kushwaha kept requesting for an appointment, which was never given, and he ultimately had to resign from the Union council of ministers and quit the NDA in sheer disappointment," Mr Singh claimed.