Home Minister Amit Shah's remarks come in the backdrop of the three-day violence in Delhi, which claimed 43 lives earlier this week. 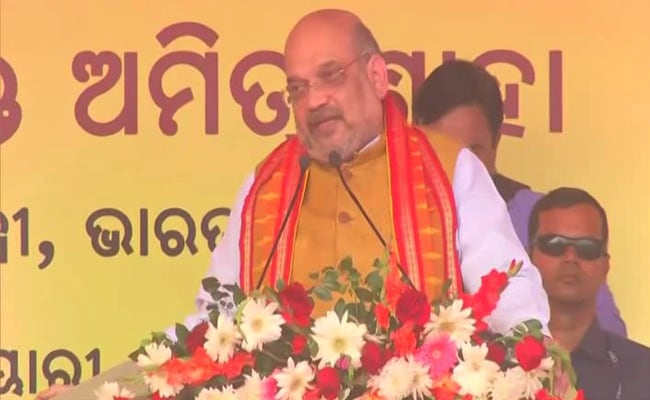 Union Home Minister Amit Shah spoke at an event of the NSG in Kolkata today.

Union home minister Amit Shah today said the National Security Guards should instill fear in the people who "want to divide the nation and stop its peace". "If they still come, it is the responsibility of the NSG to fight them and defeat them," he added while speaking at an event of the NSG in Kolkata.

"Now, after Modi-ji became the Prime Minister, we have developed a proactive defence policy segregated from the foreign policy," he said, adding that India has now joined the league of countries like the US and Israel in carrying out surgical strikes.

"We want peace in the entire world. In our history of 10,000 years, India has never attacked anyone. We would not even allow anyone to disrupt our peace and anyone who takes the lives of soldiers will have to pay dearly," he added.

The minister's remarks come in the backdrop of the three-day violence in Delhi, which claimed 43 lives earlier this week.

Amit Shah, who landed in Kolkata this morning amid protests against his presence, is expected to launch the BJP's campaign for the upcoming municipal elections that would be held in April. All eyes are on what he might say about the violence at a rally that would be held this evening in the heart of the city.

The state's opposition CPM and the Congress have criticized Chief Minister Mamata Banerjee for allowing the rally at a time when political activities are restricted because of ongoing board exams.

They also attacked the chief minister for failing to condemn the Delhi clashes when she met Amit Shah for an Eastern Zonal Council meeting in Bhubaneswar on Friday.

The minister, who started the day with the NSG event at Rajarhat, said the government  had decided to expand the network of NSG after the Mumbai attacks. "The NSG has finely proven its presence in the entire country gradually. After today's inauguration, the coordination will only get better," he added.