"After the people of Gujarat gave powers to BJP, no one has the power to do anything bad," said Home Minister Amit Shah in Gujarat. 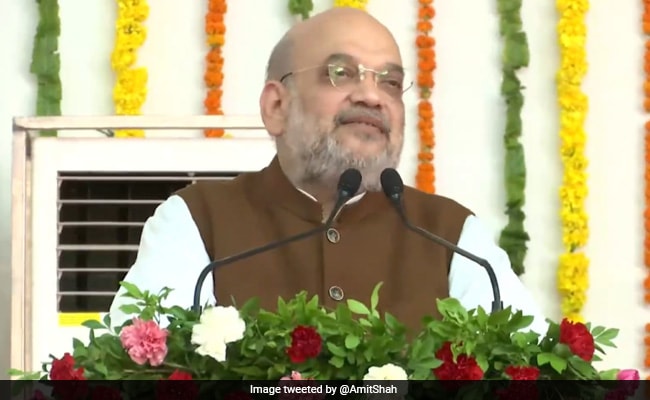 Amit Shah is scheduled to take part in the Rath Yatra celebrations.

Union Home Minister Amit Shah on Friday took a dig at Congress saying during their rule in Gujarat people used to fear riots when Rath Yatra procession was taken out.

"During Congress rule, when Rath Yatra was taken out, people used to fear that there'll be riots. During that time, they also tried to take the chariot. But after the people of Gujarat gave powers to BJP, no one has the power to do anything bad," said Amit Shah in Gandhinagar.

He is scheduled to take part in the Rath Yatra celebrations.

The Rath Yatra, also known as the Chariot Celebration of Lord Jagannath, Devi Subhadra, and Lord Balabhadra, is the most prominent Hindu festival in the Puri city of Odisha.

This festival takes place every year on the second day of the Shukla Paksha in the months of June or July. This year the festival falls on July 1.