The UN peacekeeping chief's multi-nation trip, which includes visits to Delhi, Tokyo, Islamabad, and Abu Dhabi, starts today and will continue until October 15. 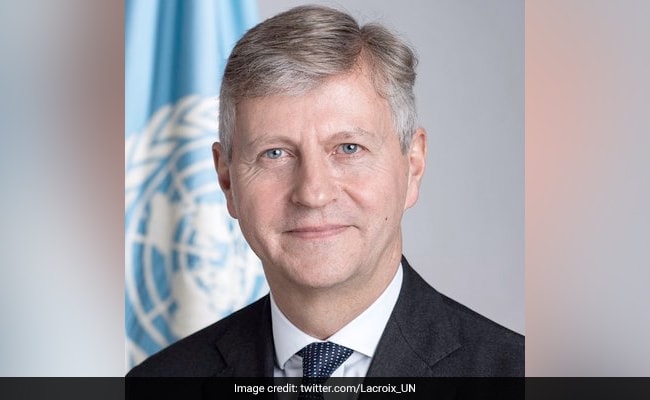 The United Nations peacekeeping chief is undertaking a visit to India, among the largest troop contributing countries for its operations.

Under Secretary-General for Peace Operations Jean-Pierre Lacroix will visit India, the United Arab Emirates, Pakistan and Japan. The multi-nation trip starts Thursday and will continue until October 15.

Stephane Dujarric, spokesman for UN Secretary-General Antonio Guterres, told reporters Wednesday that in New Delhi, Lacroix will participate in a two-day meeting organised by the Challenges Forum, which brings together leading policymakers, practitioners and academics on key issues linked to peace operations.

The head of the UN peacekeeping will then travel to Abu Dhabi, Islamabad and Tokyo.

Dujarric said the purpose of Lacroix's visit is to thank the countries for their contributions and support to UN peacekeeping as well as to update on progress enhancing the effectiveness of peacekeeping.

During his trip, Lacroix will meet senior government officials.

According to information on the website of Challenges Forum, the event CAF22 will "gather partners and key stakeholders" on October 6-7 to "discuss how future peace operations can remain relevant in a world of growing geopolitical friction".

The CAF22 will be co-hosted by the organisation's Indian partner, the United Service Institution of India (USI). Under the overarching theme "Future of Peace Operations", the three sub-themes for the forum are "Place for Preventive Deployment in Diplomacy", "Protection of Civilians in Peace Operation" and "Protecting the Protectors".

Since 1950s, India has cumulatively deployed more than 260,000 troops to the missions. Through the years, 177 Indian peacekeepers have made the supreme sacrifice, the highest from any troop-contributing country.