Jagtar Singh Johal, a 35-year-old British national from Dumbarton in Scotland, was arrested while in Punjab for his wedding in 2017 and his family in the UK have alleged he was subjected to torture and mistreatment. 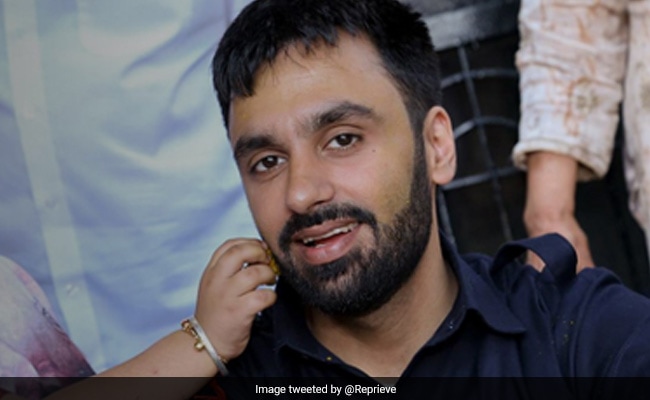 Britain's intelligence agencies are accused of tipping off Indian authorities about a British Sikh man now being held in an Indian prison on terrorism charges and conspiracy to murder.

Jagtar Singh Johal, a 35-year-old British national from Dumbarton in Scotland, was arrested while in Punjab for his wedding in 2017 and his family in the UK have alleged he was subjected to torture and mistreatment.

The Indian authorities have denied torture allegations and maintained that he was arrested on "serious charges" to face justice before the courts.

On Monday, UK-based non-governmental organisation (NGO) Reprieve said it was supporting a legal claim by Mr Johal that MI5 and MI6 may have contributed to his "detention and torture" by sharing intelligence with the Indian authorities.

"Our investigators have uncovered critical information that in 2017 the UK Government may have authorised MI5 and MI6 to share information about UK citizen, Jagtar Singh Johal, that led to his unlawful arrest and torture in India," reads an online petition launched by Reprieve to gather 10,000 signatures.

"No one should ever be tortured, especially not with the assistance of the UK Government ... Our Government should protect us, not expose us to torture and the death penalty," reads the petition by the legal action charity.

Mr Johal's legal team at UK law firm Leigh Day is arguing that he appears to be the individual described anonymously in a report by the UK's Investigatory Powers Commissioner's Office (IPCO), which allegedly sets out how MI5 and MI6 passed information about a British national to foreign authorities who then detained and tortured them, based on "striking similarities" between this case study and Mr Johal's case.

"It is vitally important for our client and his family to understand whether or not and to what extent the UK authorities were involved in sharing intelligence that may have led to our client's arrest and subsequent detention and torture. It would be totally unacceptable for the UK government's actions to have placed an individual, let alone a British citizen, at risk of torture or the death penalty," said Leigh Day partner Waleed Sheikh.

In the case, Mr Johal is asking the UK government to grant him redress for the harm he has suffered and recognise its actions were unlawful. He has also sought a public apology for the government's role in his suffering.

"It was already a scandal that when a British national was snatched off the street by Indian authorities while on his honeymoon, [outgoing Prime Minister] Boris Johnson left him to rot for five years before finally admitting he was being arbitrarily detained," said Maya Foa, director of Reprieve.

"Now it appears the UK government hasn't just been negligent but may have unlawfully enabled his abduction and brutal torture through a tip-off to the Indian authorities," she said.

Mr Johnson had told reporters at the time that he raised Mr Johal's case with Prime Minister Narendra Modi during his visit to India in April this year. His predecessor Theresa May had also raised the case with the Indian government previously.

Mr Johal's High Court case is also being backed by human rights organisation Redress, which has called for a full investigation.

"Jagtar's case demonstrates how important it is that there is a full review of the way that the UK government responds when UK citizens are tortured abroad, including a careful examination of the role of the intelligence community in this case. Where there is any suggestion of collusion then there must be a full investigation, as there can be no immunity for torture," said Rupert Skilbeck, Director of Redress.

"The twist is that not only has our government abandoned one of its own citizens, it's actively betrayed him," said Jagtar Johal's brother Gurpreet Singh Johal.

The Foreign Office refused to comment, saying: "It would be inappropriate to comment on an ongoing legal case."