Uddhav Thackeray, who is also the Shiv Sena president, was sworn-in as chief minister on Thursday evening. 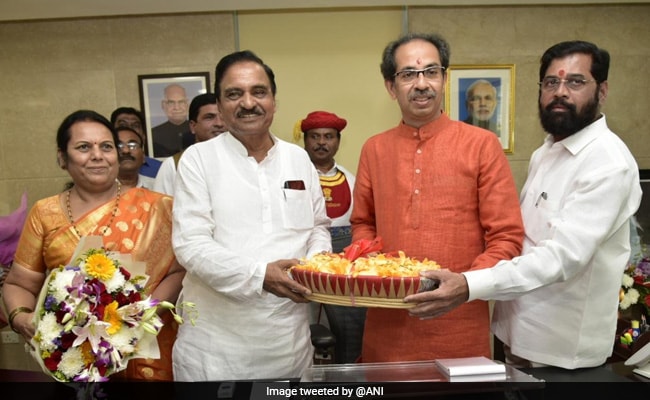 Uddhav Thackarey is heading the three party alliance in Maharashtra

He took charge shortly after 2 pm, entering the sixth floor office of the chief minister, outside which a plate bearing the name ''Uddhav Balasaheb Thackeray'' was put up.

When he reached Mantralaya, he paid floral tributes to the portrait of Chhatrapati Shivaji Maharaj in the building.

On his way to Mantralaya from the Thackeray family residence Matoshree in suburban Bandra, he stopped at Hutatma Chowk in south Mumbai and paid tributes to martyrs.

Uddhav Thackeray, who is also the Shiv Sena president, was sworn-in as the chief minister on Thursday evening and presided over the first cabinet meeting on Thursday night.

Mr Thackeray is heading the government of a three-party alliance, Maha Vikas Aghadi, whose main constituents are the Sena, the NCP and the Congress.

Besides Uddhav Thackeray, six other ministers, two each from the Sena, the Congress and the NCP, also took oath.