Sabarimala temple: The two women were 500 metres from the 18 steps -- the golden steps -- that lead to the sanctum sanctorum of the shrine of Lord Ayyappa when they decided to turn back

Sabarimala: Kavitha Jakkal is escorted by policemen; devotees blocked her walk to the temple

Two women trying to reach the Sabarimala shrine in Kerala under heavy police protection and in riot gear were halted just short of history on Friday as protests by devotees and priests forced them to turn back 500 metres from the temple. A third did not even make it that far as the police said they would not be able to give her security.

The women, Hyderabad journalist Kavitha Thakkal and Kochi resident Rehana Fatima, had covered a 5 km trek uphill and were minutes away from the 18 steps -- the golden steps -- that lead to the sanctum sanctorum of the famous shrine where no woman between 10 and 50 years has been allowed for centuries.

On these steps sat about 20 priests today, chanting and clapping, ready to form a barrier if the women did make it through the last half km. The priests threatened to stop rituals and prayers and shut down the temple.

"We have decided to lock the temple and handover the keys and leave. I stand with the devotees. I do not have any other option," said Kandararu Rajeevaru, the head priest of Sabarimala.

As the police conveyed the message to the women, they agreed to turn back. "We have told the female devotees about the situation, they will now be going back. So we are pulling pack. They have decided to return," said Inspector General S Sreejith, who led the police contingent. 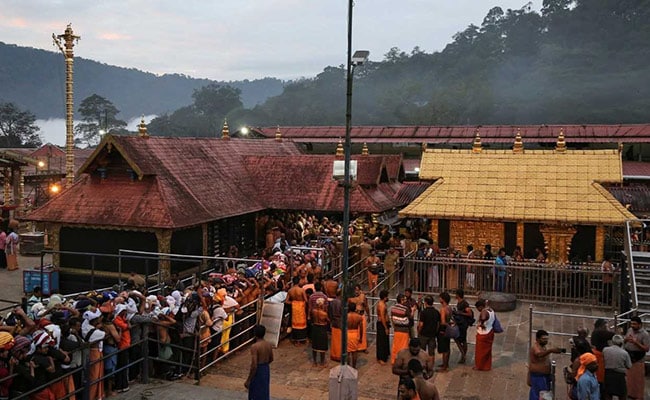 Around the same time, another woman, Mary Sweety, began the climb to the shrine, declaring she had visited churches, mosques, temples and "wanted to see Ayyappa". This time, said reports, the police asked the 46-year-old to take the journey on her own.

The Supreme Court order last month overturned the ban on women of menstruating age entering the temple of Lord Ayyappa.

In the three days that Sabarimala has been open for the first time since the landmark order, no woman below 50 has made it to the shrine. Devotees believe the court has not considered sentiment and tradition; Lord Ayyappa, they say, is celibate and women of menstrual age are "impure".

"I believe I've come here to enforce the Supreme Court order. Those women have the right to visit the temple," Mr Sreejith had said in the morning. "I am also an Ayyappa devotee," he had appealed to protesting devotees.

But the protesters refused to back down. 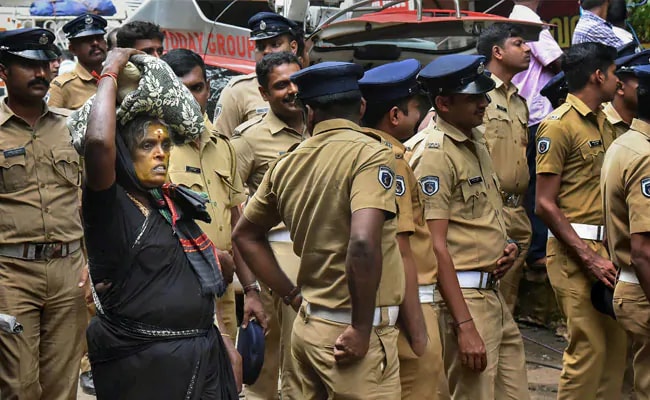 Then the minister in charge of the Devaswom Board, which runs the temple, described the women as activists -- not devotees. Devaswom Board minister Kadakampally Surendran told NDTV any genuine devotee who wants to go up will be given protection. "But we will not allow activists to turn Sabarimala into a place to prove themselves," Mr Surendran said.

Kavitha Jakkal, who works with Mojo TV in Hyderabad, started the climb in riot gear and a yellow helmet, ring-fenced from protesters by policemen. Rehana Fatima, wearing black clothes and carrying the traditional prayer kit irumudikkettu offered to Lord Ayyappa, walked separately. Her house in Kochi was vandalised by protesters, the police said.

Both started the 4.6-km climb from the base camp Pamba.

Protests by devotees in the last two days to block women from entering the temple led to violence and clashes at the base camps of Nilakkal and Pamba. Reporters were attacked, their vehicles damaged, and women who started the long climb forced to turn back amid threats and intimidation.

On Thursday morning, two journalists including an Indian woman of the New York Times who tried to reach the temple had to return after protesters blocked their way.