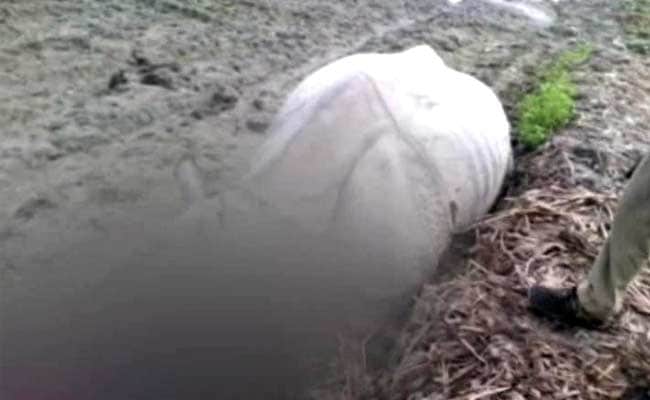 A rhinoceros was shot dead by poachers at a national park in Assam's Sonitpur district on Wednesday.

Two poachers were killed in an encounter with forest guards in the Bagori Range area of Assam's Kaziranga National Park on Thursday.

According to officials, five to six poachers had entered the park in order to carry out rhino poaching. Except the two who were killed, all others escaped during the encounter.

On Wednesday,  a female Rhino was killed by poachers at the park located in Assam's Sonitpur district. An Assam Home Guard, part of the force that guards rhinos at National Parks, was also killed by the poachers.

Poachers have killed and de-horned nearly 200 rhinos in Assam over the past 13 years; in 2014, 20 rhinos were killed. A few years ago, the Assam government set up a special task force to guard rhinos. Last year, there was a proposal to use drones for surveillance at the Kaziranga National Park, but nothing has been done yet in this regard.

In 2014 , the Assam forest department killed 22 poachers in the state.

Promoted
Listen to the latest songs, only on JioSaavn.com
Assam is home to the world's largest population of one-horned rhinos, an endangered species.