"We Are Impartial...": Twitter India's Explanation On Verification Row

The blue tick symbol on a Twitter profile verifies it is the authentic public account of importance. 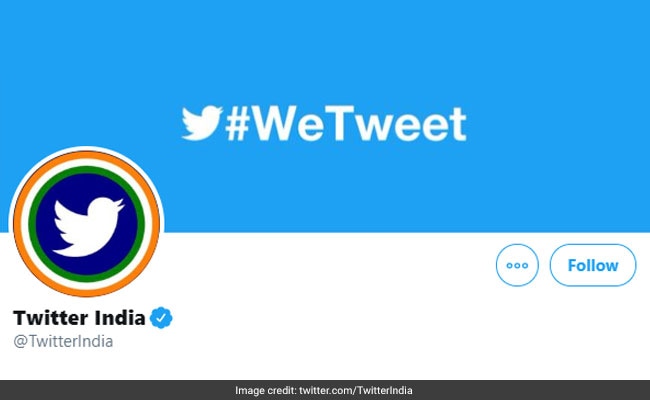 There's been a lot of discussion this week about Twitter's perceived bias in India, it said.

Social media giant Twitter has issued a clarification over complaints by its users that the coveted 'blue-tick' verification symbol was unduly awarded to some individuals, saying it is impartial and doesn't take decision based on ideology and political viewpoints. "We are committed to serving an open public conversation in India and we will continue to be transparent in our efforts," it said in a series of Tweets.

"There's been a lot of discussion this week about Twitter's perceived bias in India. To be clear, whether it's the development of policies, product features, or enforcement of our Rules, we are impartial and do not take action based upon any ideology or political viewpoint," it added.

Union Minister Amit Shah's son Jay Shah's Twitter account got the verification without posting a single tweet, a report said, triggering a row on the website. Mr Shah has recently been appointed the Treasurer of the Board of Control for Cricket in India (BCCI).

Twitter was also criticised by users after the account of senior columnist Dilip C Mandal was restricted earlier this week. Mr Mandal later got his account back, but he slammed the platform for its action against him. Soon other users joined him with a flurry of tweets under #CasteistTwitter. It also faced anger from a section of users over suspending lawyer Sanjay Hegde's profile.

It is, apparently, a scam by Twitter which it is supposed to explain to justfy its status as a responsible micro blogging social platform #Jayshah#TwitterAgainstHumanity#TwitterHatesSCSTOBCMuslimshttps://t.co/ktWDy37LVV

"As we have stated several times, our public verification process is closed. While we are reviewing the entire program, on a limited case-by-case basis we do verify public figures who are active in the public conversation," Twitter said on the ongoing row.

There's been a lot of discussion this week about Twitter's perceived bias in India. To be clear, whether it's the development of policies, product features, or enforcement of our Rules, we are impartial and do not take action based upon any ideology or political viewpoint.

"We have one set of Twitter Rules, and we enforce our policies judiciously and impartially for all individuals - regardless of their belief or background. Every Tweet and every account that is brought to our attention is reviewed on its own merit," it added.

Some Twitter users claim Congress leader Priyanka Gandhi Vadra, who had joined the platform months before the national election, also got her account verified before putting out her first tweet.

Meh. Even Priyanka Gandhi got blue tick without a single tweet. Organizations have direct contact with twitter for verification. It includes not only political parties, media houses but also BCCI

The blue tick symbol on a Twitter profile verifies it is the authentic public account of importance.

"An account may be verified if it is determined to be an account of public interest. Typically this includes accounts maintained by users in music, acting, fashion, government, politics, religion, journalism, media, sports, business, and other key interest areas," an article on Twitter's website says.