A petition has been filed in the Supreme Court seeking a court-monitored CBI probe into deaths at protests against Vedanta's Copper plant. 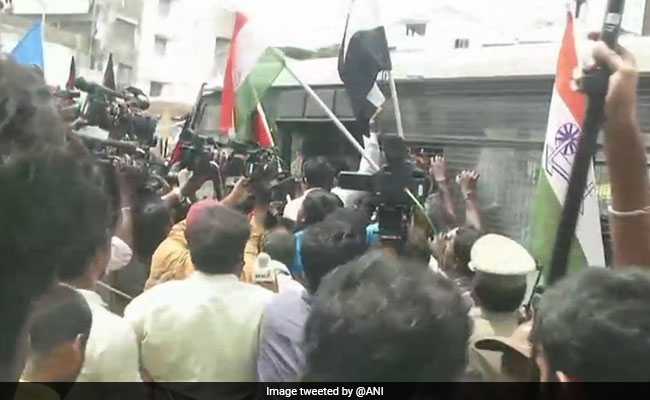 New Delhi: A report on the police firing and the situation prevailing in Tuticorin was sought on Thursday from the Tamil Nadu government by the centre as the death toll amid protests against Vedanta group's Sterlite Copper plant rose to 13. Home Minister Rajnath Singh also appealed to the people of the Tuticorin to remain calm.

The protests demanding the closure of the copper plant over pollution concerns in Tuticorin have been going on for over three months, but violence first erupted on Tuesday with agitators fighting pitched battles with police, prompting it to open fire. As a mark of protest against the police firing on the protesters, the DMK and other opposition parties in Tamil Nadu have called for a dawn-to-dusk shutdown on Friday.

A petition has been filed in the Supreme Court seeking a court-monitored CBI probe into deaths of protesters during the anti-Sterlite rally at Tuticorin in Tamil Nadu. The plea, which is likely to come up for hearing during next week, was filed by lawyer G S Mani.

Here are the updates on anti-Sterlite protests in Tamil Nadu.

May 25, 2018 12:08 (IST)
Supreme Court today asked the petitioner GS Mani to mention the matter again on Monday. The court said it can't hear it today. Mr Mani has sought a court monitored CBI probe into the police firing matter, news agency ANI reported.
May 25, 2018 11:36 (IST)
As the leaders protested in Chennai's Egmore against the Thoothukudi police firing, DMK's Kanimozhi and VCK's Thirumavalavan were among the opposition leaders detained by police, news agency ANI reported.
May 25, 2018 11:34 (IST)
In several parts of the states, the DMK, its allies Congress, IUML and friendly parties like MDMK, VCK, CPI, CPI(M) and MMK staged demonstrations.
May 25, 2018 11:34 (IST)
The bandh called by the DMK-led opposition parties to condemn the Tuticorin violence in which 13 people lost their lives and to demand the resignation of Chief Minister K Palaniswami began in Tamil Nadu today, news agency PTI reported.