The Archbishop of Delhi, Anil Couto, also asks in his letter for a prayer campaign and a day of fasting every week "for the nation" 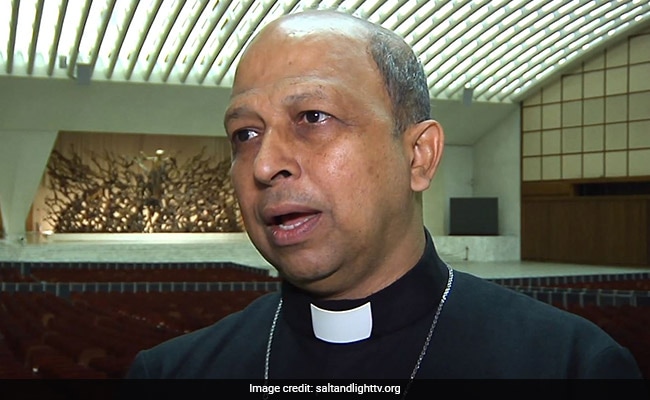 Archbishop of Delhi, Anil Couto, sent the letter with a prayer that must be read at Sunday mass

New Delhi: The Archbishop of Delhi has set off a political controversy with a letter that refers to a "turbulent political atmosphere" threatening democracy and secularism and urges all priests to "pray for the country" ahead of the 2019 national election.

"It is wrong to try and instigate castes or communities. You can tell them to vote for right candidate or party but to suggest voting for one party and not another and term yourself as secular vs pseudo-secular is unfortunate," BJP spokesperson Shaina NC has said.

The letter, dated May 8 and addressed to all churches in the capital, doesn't really advocate any candidate or party.

The Archbishop, Anil Couto, also asks in his letter for a prayer campaign and a day of fasting every week "for the nation". The letter was sent with a prayer that he said must be read at masses on Sunday.

"We are witnessing a turbulent political atmosphere which poses a threat to the democratic principles enshrined in our constitution and the secular fabric of our nation," the Archbishop says at the start of his letter.

"It is our hallowed practice to pray for our country and its political leaders all the time but all the more so when we approach the general elections. As we look forward towards 2019 when we will have new government let us begin a prayer campaign for our country from May 13..." the letter says.

The attached prayer that all churches have been instructed to read out during mass, says: "May the ethose of true democracy envelop our elections with dignity and the flames of honest patriotism enkindle our political leaders. This is our cry, Heavenly Father, in these troubled times as we see the clouds eclipsing the light of truth, justice and freedom."

Promoted
Listen to the latest songs, only on JioSaavn.com
The Archbishop's office has denied any political motive in the prayer, calling it a standard practice before elections.

"I have not seen the Archbishop's letter, but I want to say India is one of those countries where minorities are safe and no one is allowed to discriminate on the basis of caste and religion," Home Minister Rajnath Singh told reporters today.

Relief For Odisha, Andhra As Cyclone Jawad Likely To Weaken Into Deep Depression