Kailash Gahlot had approached the high court last year with his civil defamation lawsuit against Vijender Gupta and sought Rs five crore in damages from the BJP leader. 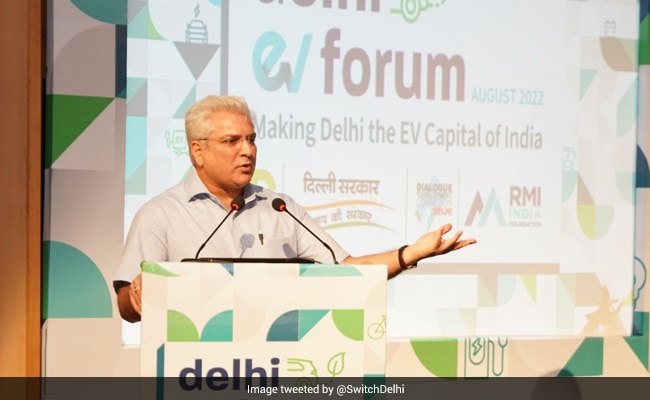 Kailash Gahlot had approached the high court last year with his defamation lawsuit against BJP leader.

The Delhi High Court on Wednesday asked the lawyers for city Transport Minister Kailash Gahlot and BJP MLA Vijender Gupta to explore the possibility of settling the defamation case the AAP leader has filed against the latter over allegations of irregularities in procurement of low floor buses by the Delhi Transport Corporation (DTC).

A bench headed by Justice Rajiv Shakdher observed defamation cases involving political leaders are “only posturing” and said, “Counsel for the parties will explore the possibility to arrive at a settlement.” The bench, also comprising Justice Tara Vitasta Ganju, was hearing an appeal by the AAP leader against a single judge order declining to grant him interim relief on his defamation lawsuit against Gupta.

Gahlot had approached the high court last year with his civil defamation lawsuit against Gupta and sought Rs five crore in damages from the BJP leader accusing him of making scandalous statements over procurement of 1,000 low floor buses by DTC.

The minister earlier argued that Gupta made unabated tweets doubting his integrity in relation to the purchase of the buses in spite of a clean-chit having been given to him by a high-powered committee.

Besides seeking a direction restraining Gupta from posting/ tweeting/publishing any defamatory or scandalous or factually incorrect tweets/posts on social media platforms and giving interviews, writing articles and blogs in respect of purchase of low floor buses, the suit before the single judge also sought removal of the allegedly defamatory content from social media.

The court on Wednesday listed the matter for further hearing on December 20 and asked the parties to file their written submissions in four weeks.

On March 7, the single judge had refused to restrain Gupta from publishing or tweeting anything relating to the procurement of 1,000 DTC buses and said no one should be prevented from expressing their opinion, including suspicions or doubts, on government's transaction of business unless blatant lies and falsehoods adversely affecting national interest are disseminated through social media platforms.

The single judge had stated the fact cannot be overlooked that both the parties are public figures and members of the Legislative Assembly, and an interim order would amount to restraining Gupta from raising issues of public importance.